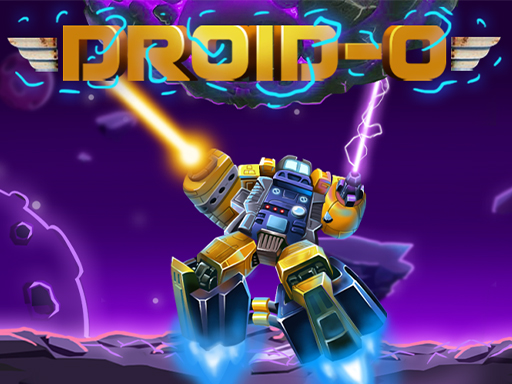 Geometry Dash Way To The Skyland

Fight as a spaceship commander in Droid-O in order to defeat the invading Alien invaders. The aliens are trying to take over Earth and its natural resources. Earth's only hope against these aliens is you. This space shooter game will see you face an increasing number of aliens. To kill enemies and save yourself from aliens, move your ship left-right. The aliens will get stronger as you play more. To fight them off, you'll need to upgrade your spaceship. To kill aliens faster and earn big points, you can collect powers such as rocket, shield, and cannon. You will only have three lives to fight the aliens. Are you up to the task of defending the Earth from all alien invaders? Protect the Earth from alien invaders by being the best spacecraft captain.

How To Play Droid O