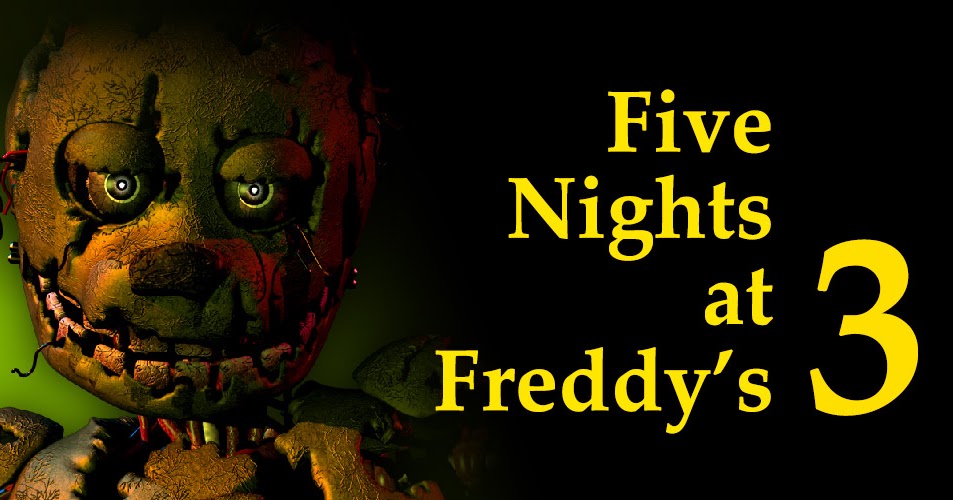 Play Five Nights at Freddy's 3, the great online horror game where you spend the night as a watchman character, who has to protect himself from a creepy animatronic roaming the attraction by the name of Springtrap. Make sure you can withstand their strikes. The cameras allow you to observe these opponents, although not all of them function flawlessly. Try to go as far as you can. If you haven't tried the first two in this series yet, do so before playing the third. Let's start with FNAF 3, as it's unquestionably a game you should play!

In FNAF 3, a more difficult "Nightmare" night may be unlocked by finishing all five of the game's increasingly demanding nights. On the fifth night, completing the game usually awards a star. In addition to the main game, other Atari-style minigames are accessible; playing them all will grant access to additional material, the "good ending," and a second star. The cheat menu and a third star are unlocked if the player completes the "Nightmare" night. A setting that makes the animatronics more hostile and raises the difficulty of the game is one of several choices available on the cheat menu. The ability to shorten evenings and a radar to follow Springtrap are further tricks. Obtaining the fourth star requires finishing the "Nightmare" night with just the aggressive cheat activated.

You can find the other games of Five Nights at Freddy's series!