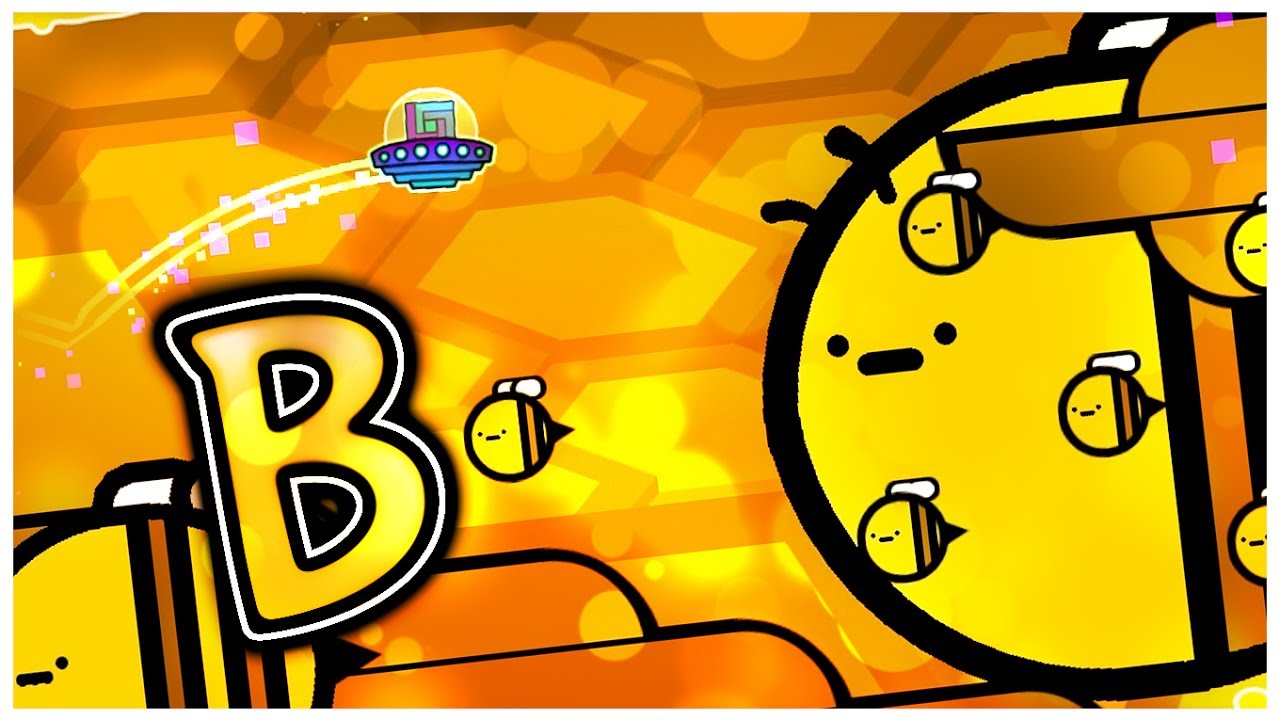 Geometry Dash B is a Medium Demon collaboration level bee themed rated 10 stars and 2 user coins, created by Motleyorc and ScorchVx and published by Motleyorc. It is a bee-themed level in yellow and brown, featuring beehive-like patterns and a boss battle against a huge bee.

Two user coins are contained in B: