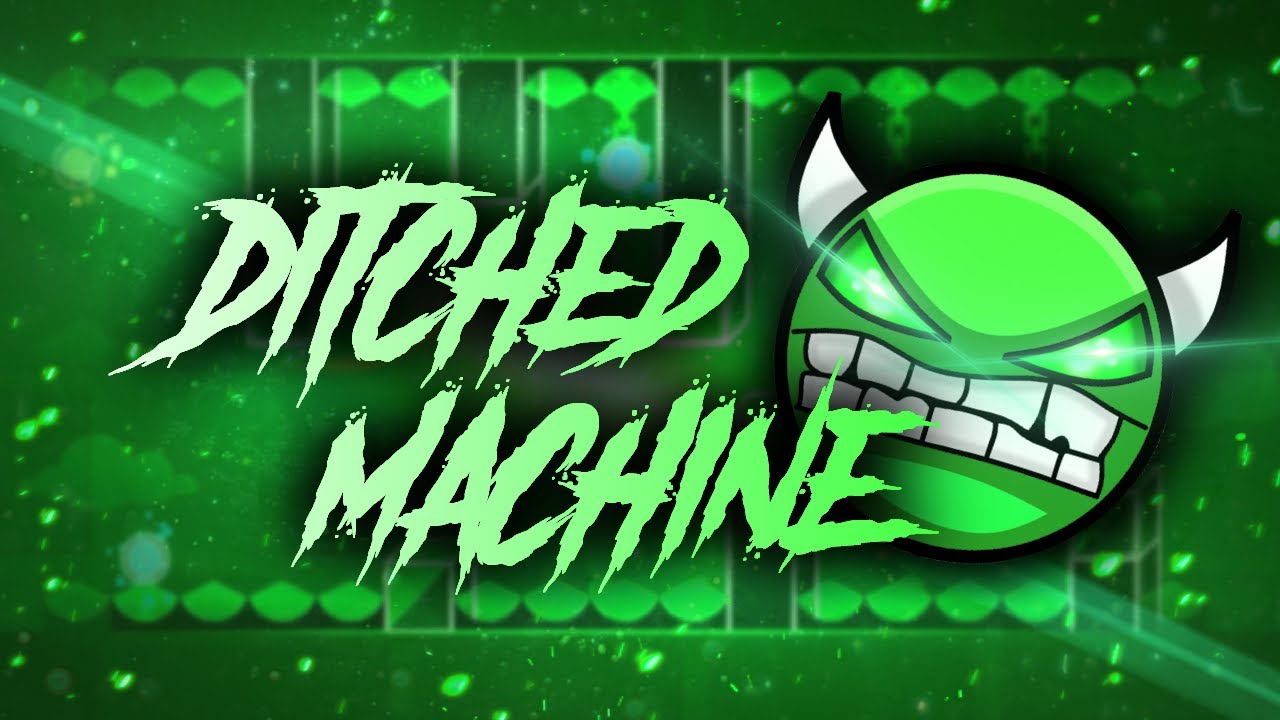 Geometry Dash Ditched Machine is a solo Hard Demon level rated 10 stars, created, verified, and published by Jeyzor. The level was one of the first Demons to have asymmetrical mixed-mode duals, making it a pioneer in dual-mode gaming. During Update 2.0, a sequel called Abandoned Machine was launched.

The word "AdvyOut" appears in a mini-ball sequence at the beginning of the level. A number of pillars and orbs are present, some of which are false. Additionally, there is a glitch that makes controlling the section much simpler and easier.

A triple-speed cube portion follows. There are various platforms to jump on and orbs to strike in this stage. Some of the platforms have time limits that must be met or else the player will crash.

The first dual sequence follows. You will need to simultaneously control the cube and the mini-ship, which makes this challenging. The cube must leap over obstacles while the ship must go through corridors; sometimes you must hold in order for the ship to fly and the cube to jump without colliding with anything. There is a lot of holding, some light tapping, and pounding for straight fly in the initial part of this. The next portion calls for a lot of holding and precise timing, as well as a section when you simply need to tap before it swiftly switches back to timing when you hold. The cube turns automatic in the last section, so all you can do is fly. Flying at triple speed, upside down, and with difficult-to-detect invisible sawblades can make you crash if you come into contact with one by mistake.

A half-speed ship scene follows that. You will have to navigate this passageway by flying. It is still challenging if your timing is incorrect, despite the colorful blocks and the backdrop lights that indicate the passage.

The next step will include a ball sequence. There are certain platforms that have many levels, some of which are phony. Additionally, there are blue orbs; however, none should be struck. The blue gravity gateway, which you must pass through at some point in the game, is still struck despite this.

In order to avoid accidentally running into one of the several nearby spikes, the next wave needs careful timing and controlled pounding. The following ship is the same; there are narrow passageways, and straight flight is necessary to prevent unintentional death. The final UFO is by far the simplest since, after making one leap, you can essentially complete the level just by keeping up with the pace of the music. "Advy Out" text will show at the conclusion.