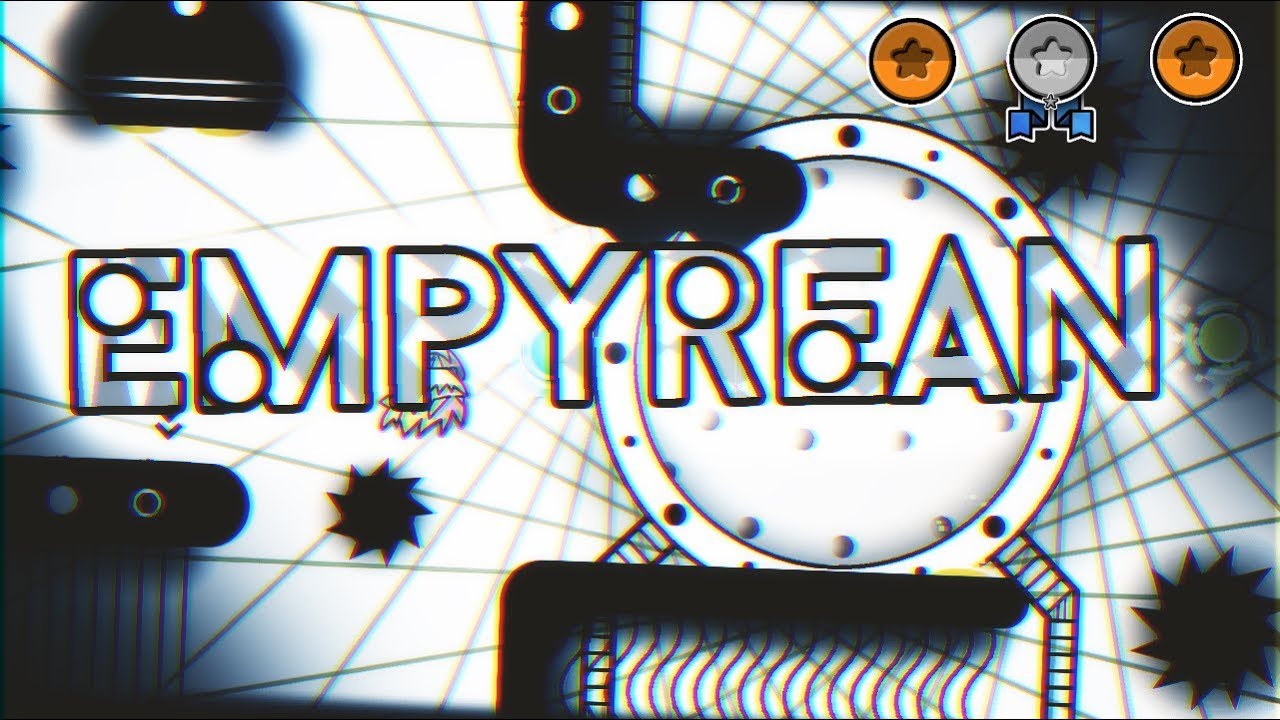 Geometry Dash Empyrean is an epic Harder collaboration level rated 7 stars, created by Viprin, ChaSe, Darwin GD, Nicki1202, MrKoolTrix, Enlex, and Terron. It is the last level of the Magic Gauntlet and the well-known winner of Gauntlet Contest 3, which determined which levels would be included in the Magic Gauntlet.