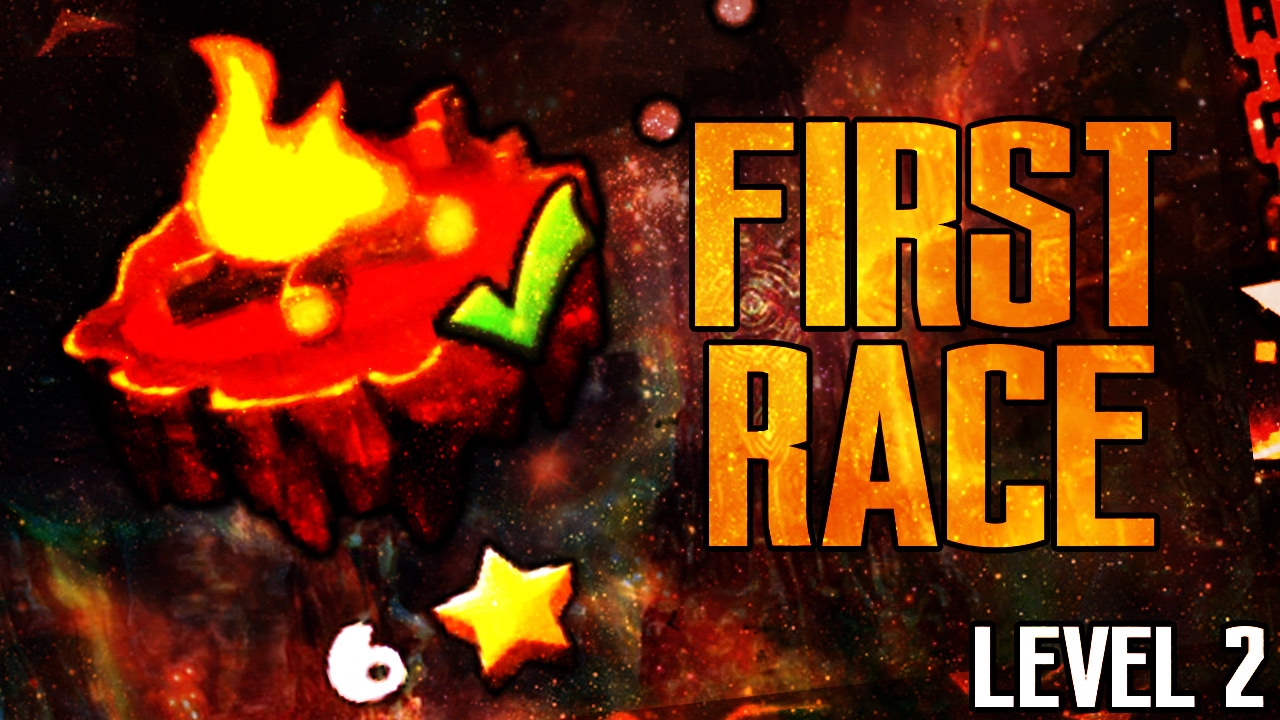 Geometry Dash First Race is a Harder level rated 6 stars and 3 user coins created by Stamina. It is the third level in the Fire Gauntlet series. The level eases you in with a slow-cube section before doubling the pace. Following a quick sequence set on a spacecraft, the action shifts to a segment set inside a little cube. A mini-ball phase follows a short return to full size. Ships of varied sizes and gravities come next, after a mini-cube and mini-robot segment. The next part is a half-speed cube filled with a wide variety of vehicles of different sizes, masses, and speeds. The level culminates with a half-speed UFO section, which follows a half-speed wave part.

At 20%, in a little cube segment, users will get their first coin. The player must misjudge an orb and hit a 17% slope, sending them in the opposite direction from the one they would normally take to get the coin.

During a segment involving a little robot, the second user coin is at 40%. At 37%, the player has to dive under a platform to get to a gravity vortex that will send them on a different path to the coin.

Within a cube segment, the third and final user coin is at 78%. At 74%, if the player hits a green orb, they must not change paths. There, the player has to make it over a triple-spike jump, climb up through gravity portals, change into a robot, make a hard jump, get a coin, and then go back to the main path of the game.