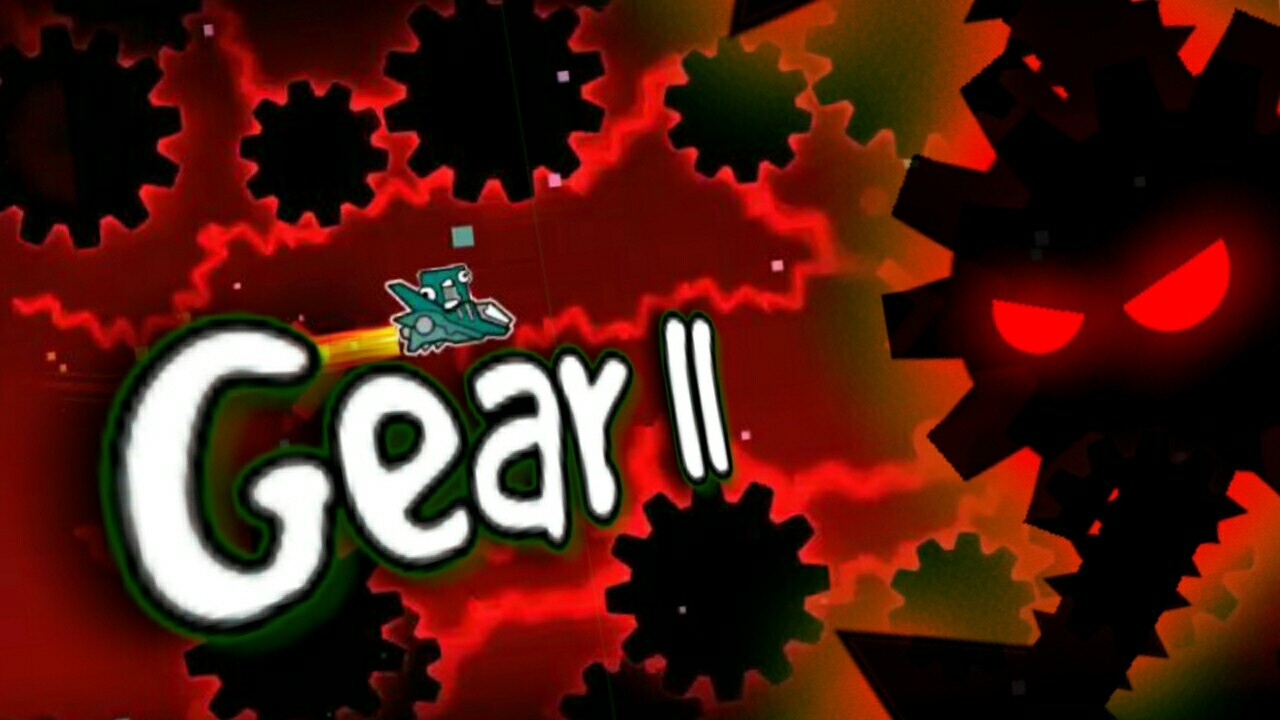 Gear II (rus. Gear 2) is the second part of the epic 2.1-level Gear from GD Jose. After defeating the boss in the first part, you will learn what real revenge is. The level has a lot of new decorations, lasers, etc. Also, the level is quite popular and is in the hall of fame.

We will, as always, start with a cube. Just jump over the big spikes. We are thrown up and we board the ship. Our task is not to touch the mountains, which is difficult to achieve. On the way, the boss meets us again, but in a wilder state. We get into the ship at the second speed and then abruptly get into the third speed. We must keep balance, because there are gears and several spikes above and below. Also, you must not only keep your balance but also dodge his lasers and attacks. The place where he attacks is highlighted with a cross in a circle.

Everything remains the same, except that we are now a UFO.Then we board the ship again, but this time the tests have become a little more difficult. Everything! Perhaps this is the end. The star then tells us to follow her. The boss has saw-hands, from which you need to keep either from above or from below. The tactics are as follows: first up to one hit, then down to two hits, and in the middle. Then we are met by a straight line of gears. We jump over the spikes.