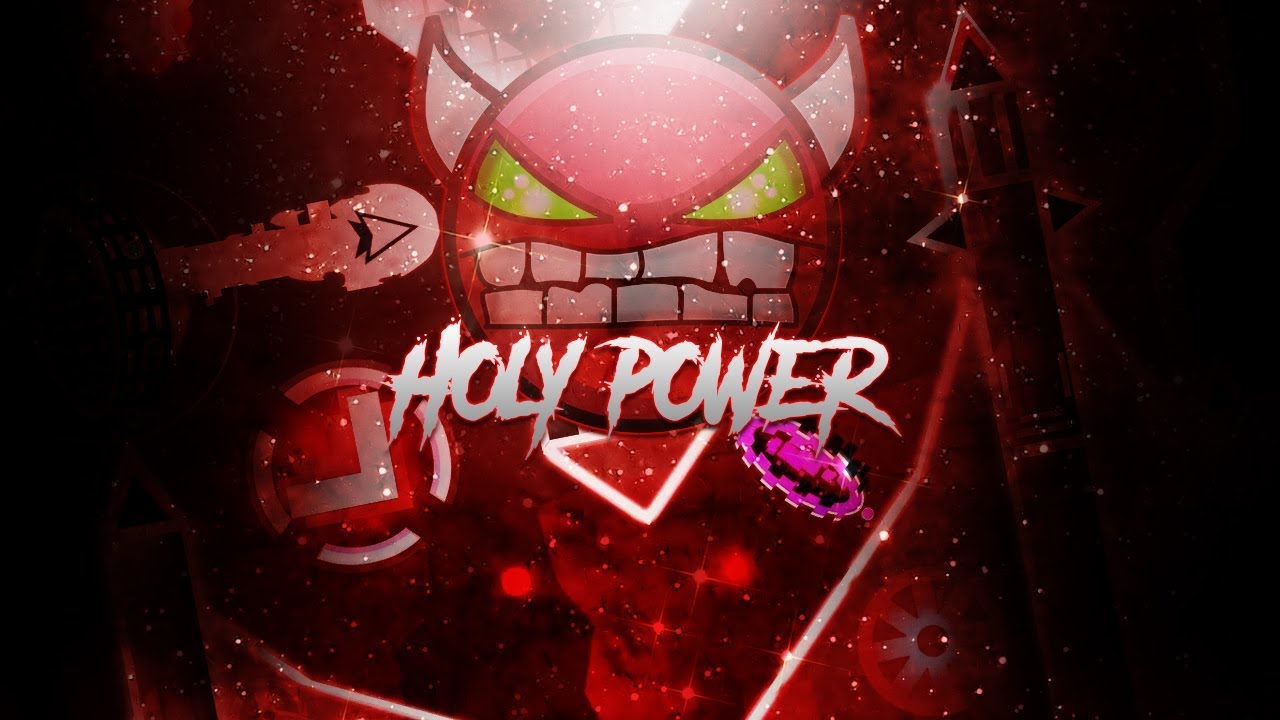 Holy Power is made in two styles, namely the basic and neon styles. Due to these qualities, he was rated "Epic". And with this size, 78948 objects were used. Because of this, lags may occur on weak devices. But the builders knew what they were doing, so they added ULDM.

The level itself is rated as Medium Demon - Hard Demon because it has quite unexpected places to remember, and there are also narrow passages that are not so easy to pass, but the one who tested it, that is, Dorami, considers it Easy Demon.

The level starts with a complex cube where we jump on platforms/pillars and, in doing so, click on some spheres, as some are false. After that comes the spider stage, in which we change our position between the platforms while also not clicking on all the spheres.

Then comes a part of the robot, on which we make small jumps from the platforms, as well as on some pillars, and in the same way we press the spheres. Later, there is a segment of the ship where you need to fly through spikes and saws but in not-so-narrow passages, thereby changing the speed and gravity. Then comes the automatic cube stage.

This is followed by a long level cutscene that pulses to the beat of the music. After that, it finishes the automatic cube stage, and we move on to the UFO stage. On a UFO, we fly through obstacles at breakneck speed while we need to manually change gravity. Next comes the cube stage, in which we must jump and click on all possible spheres, among which there are no false ones, by reaction.