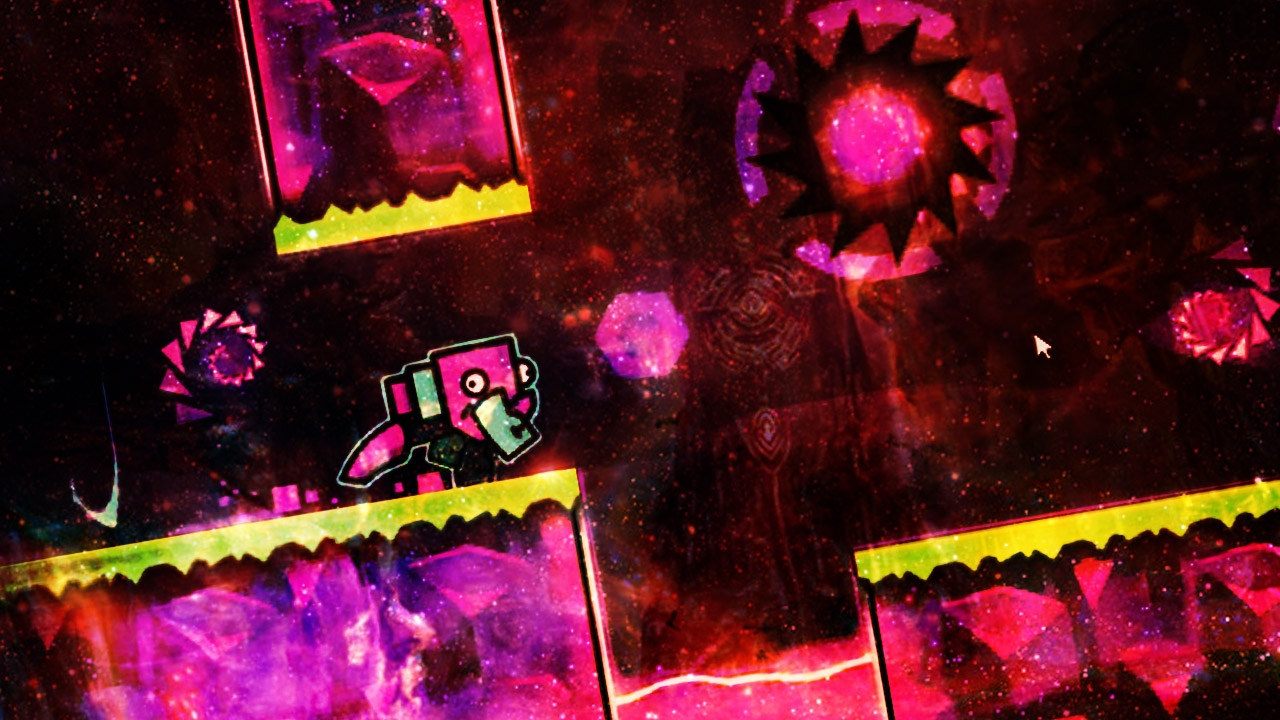 Geometry Dash Hydra by Darwin GD is an Epic Harder level rated 6 stars and 3 user coins. This game is made again in the Sunset style, but also at the beginning and at the end, made in green tones. The level itself lasts 49 seconds.

The level starts with a cube stage with a beautiful background. Here we jump over spikes. Next comes the ship, which has a neon effect to the beat of the music and often changes in size. A short cube and a UFO are coming-the most beautiful and also the most difficult part of the level. The main difficulties here are gravitational portals and frequent color changes.

After a fairly short wave with green glitches, after the wave comes a forked cube in the usual Sunset style. Next, comes a simple cube, similar to the previous one. Next, a simple ball stage, since it is very short, then an auto-cube. And the level ends.

The level contains three coins, which are collected in an unusual manner. Throughout the level, you need to collect 5 small coins. We are shown a kind of coin counter for collecting 1 coin.