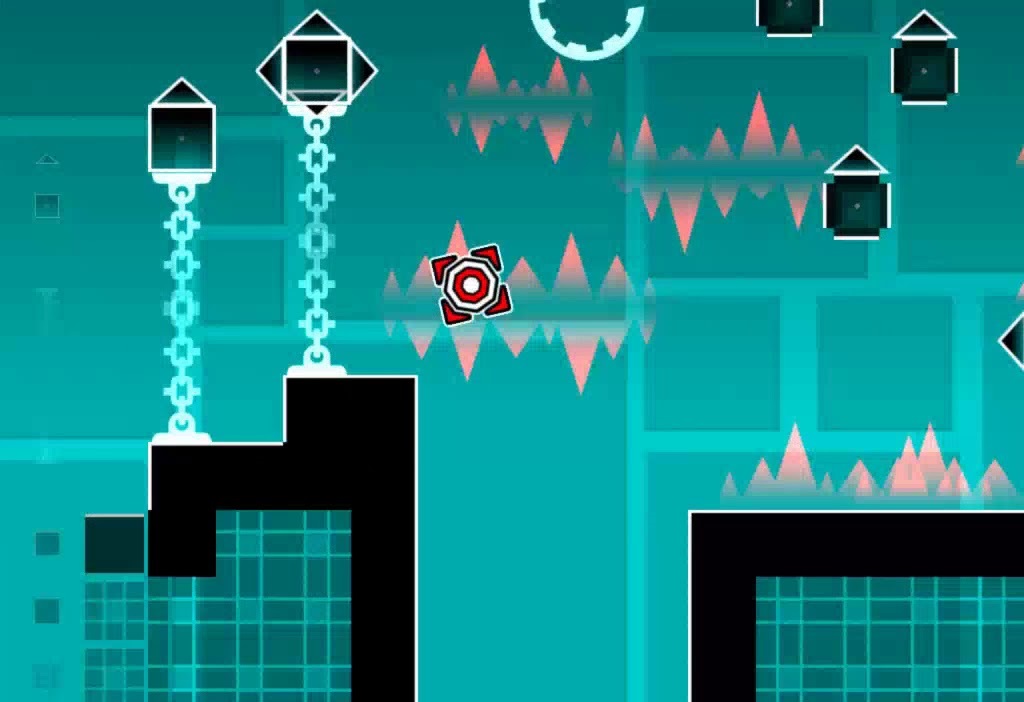 Geometry Dash Ice Cave is an Easy Demon level rated 10 stars created by Ketis. The Demon levels are in the demon pack. Ice Cave was created by an unregistered player, Ketis, around version 1.6. The level has a fairly good decor for its version. The gameplay in it for that time is non-standard. Traps are the main difficulty of the level. Sometimes you can simply not understand that, for example, a certain trampoline is a snag.

The level's gameplay consists of only three stages: a cube, a UFO, and again a cube.

The cube is the initial step. The level is lengthy and packed with traps. Basically, we'll be jumping over spikes and clicking on spheres, as well as jumping over traps (deceptive trampolines) and jumping on various blocks and structures. Finally, after leaping off the pillar, we enter the UFO gateway to the next level.

The UFO stage follows next. Here, we must fly without colliding with any blocks, structures, or pillars, and without contacting the spikes with our saws. The gameplay is the stage's major feature. He won't surprise anybody now, but he was unusual at the time. The steps are brief and simple. We finally fly inside the cube portal.

Then there's the cube. It's identical to the previous level, but there's one major difference: there are many more pillars here. Jump over spikes, saws, and traps (fake trampolines again), click on the correct spheres, and jump on poles, structures, and blocks. Be cautious—if we leap on the top blocks, we will be killed by the saws.