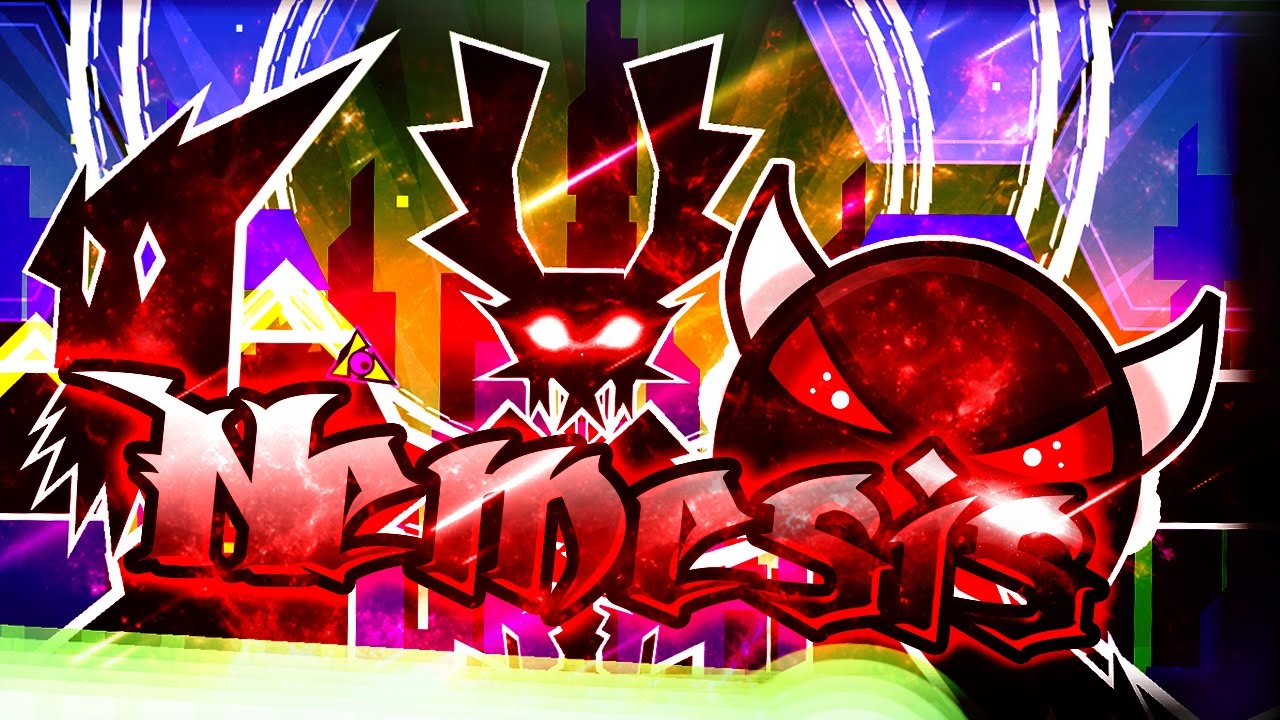 Immerse yourself in a colorful Square Box and take action-adventure in the endless Neon world of Geometry Dash Nemesis. The task of the player is to destroy obstacles along the way, get gold coins and upgrade, buy more guns to increase strength. Do it fast because the speed will increase as the time you play. Enjoy the game!

Geometry Dash Nemesis is a medium demon created by the players Galzo and FunnyGame. It's not difficult to play Nemesis. Narrow hallways and boss battles are the only things that might cause some trouble. The level was also constructed in an impressive manner. It doesn't take long to complete the level. Players with poor devices should use the low detail setting since there are more than 30,000 items throughout the level (Low Detail Mod or LDM). The level is moreover constructed in lilac and white hues.

A cube stage precedes the level's introduction. The timing of the spheres is all that has to be done, which is not particularly difficult. Inscriptions with the names of the soundtrack's composers and the level's developers also flash in the distance. The robot will now enter a brief stage. You must then fly inside teleport portals during the next wave. Afterward, auto-stage cube. The level with gravity gateways featuring UFOs is the next. The cube follows, where sphere timing is used once again. The auto-stage of the ball then begins, and in the backdrop, the word "Warning!" blinks. Now the battle against the boss starts. You will play in waves throughout the whole boss encounter. Boss strikes that will come from all directions must be avoided. The next step of the cube, which involves timing with spheres once again, is not very challenging. After that, the easy ball stage begins. The wave then enters a little bit more challenging phase. A not too challenging robot stage marks the level's conclusion.