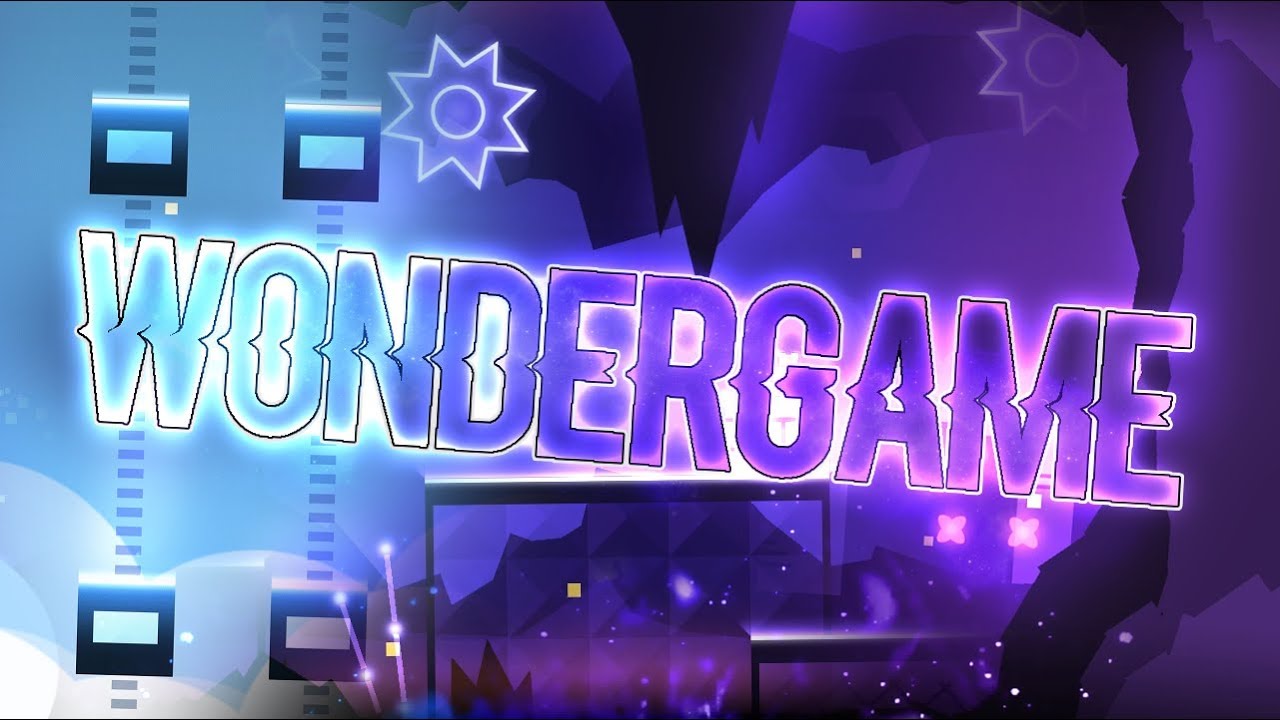 Geometry Dash WonderGame I by Jayuff is a hard level rated 5 stars and 3 user coins. WonderGame I am one of the three levels of the WonderGame trilogy, namely, its beginning. Like all levels of this series, WonderGame I is decorated in an artistic style with its own theme (here it is a trip around the city). The scenery is minimalist (which is unlikely to cause lag). There is only one building design for the entire level and one background of the city. Not many colors are used, mainly purple, black and white.

The level has a few features, but for the most part, it is the usual 2.1 level. It is possible to single out only the cyclical movement of the platforms. The last 16% is taken up by a simple boss fight.

The level starts with cubes, robots, and ship segments. In general, they are quite easy to pass.

Then the parts of the cube and the robot come back. This time they are complex with moving platforms, previously mentioned as cyclical. Here you need to carefully make jumps.

The level is a completed part of the ship. First you need to fly between the pillars. Then, in the middle of the path, the battle with the boss begins (it is impossible to say exactly who exactly is the boss here; most likely it is a crescent moon in the background). The boss has only one attack: filling a certain space with killing (after some time, disappearing) blocks. The boss attacks at the top of the level first, then the bottom, and finally at the end of both (except the center).