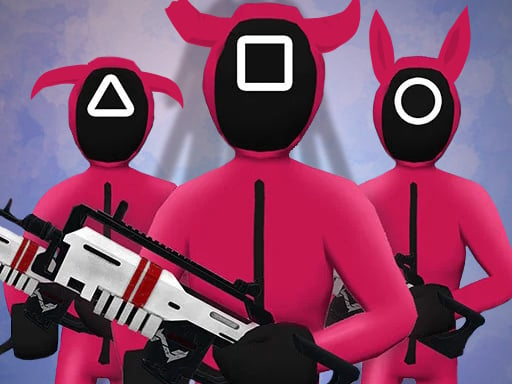 Red Light, Green Light (RLGL) is a simulation game based on the popular Squid Game television series (Squid Game). The game has the same gameplay as Fish Game, with the addition of awards for the top scorers. A large portion of RLGL has already been finished, and the developer intends to add further material in the near future.

At the start of Red Light Green Light, players will find themselves in a position similar to that in the movie, dressed in a uniform alongside other players and imprisoned in a room where they must wait their time to participate in a round of competition. There will be an underfloor grid, however, unlike the Fish Game, that will display a live count of how many players have been killed during the current round. As a result of each death, the amount of prize money available to the winner grows, which can be seen on the ceiling.

Immediately after the conclusion of the previous round, all participants in the lobby will be transferred to the new region where the Red Light, Green Light event will take place. Players will be required to spread out along a defined line on the sand and use extreme caution in order to avoid colliding with other players. At some point throughout this procedure, there will be collisions, which means that your opponents will attempt to make the doll recognize you by pushing you when the red light is flashing. After a brief introduction from the game administrator, the user will be able to begin playing.