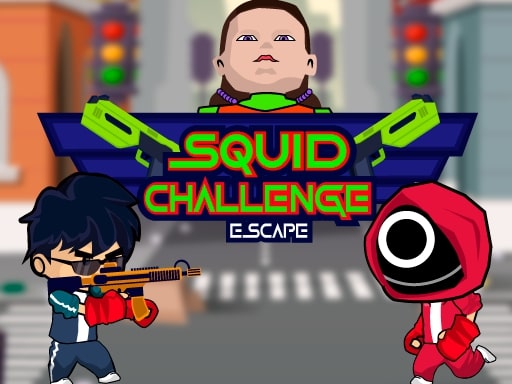 Make the most of your time while attempting to get away from squid games!!!! It's time to play and have fun with this new game, Squid Game Escape, which is a challenging game of action, shooting, and survival that will keep you entertained for hours. One of the players in these games took the choice to escape from the location where the games were being held and run for his life in an effort to get away from the premises where the games were being held. A large number of weapons are discovered by the protagonist, who uses them to try to evacuate the island by shooting all of the hooded foes as well as the drones that command the island.

How To Play Squid Challenge Escape