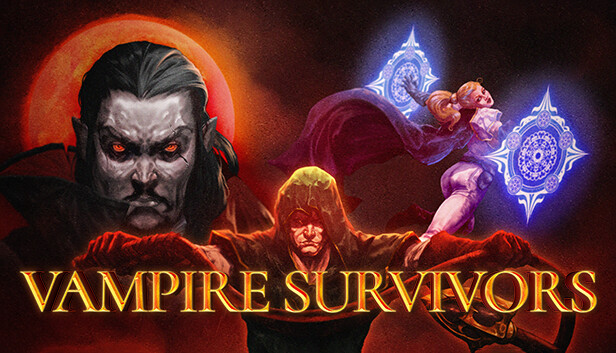 In Vampire Survivors, a time-split survival game, players must battle hundreds of night creatures in order to make it until dawn. Do you feel fear? There is a wide selection of characters to pick from, as well as one secret character that may be chosen by a key input in the main menu. Beginners should be aware that they will initially only have access to Antonio. Players will learn about the various skills of the other characters as they acquire them.

Recognize when to employ a character. Imelda Belpaese should be used by players who want to level up more quickly, while Gennaro Belpaese or Mortaccio should be used by players who want their weapons to fire more projectiles. The beginning weapons for the characters vary as well. When planning a playthrough, keep this in mind as various weapons have different effectiveness levels based on the stage that is chosen.

Luck plays a large role in the game and does so in unexpected ways for rookie players. The likelihood of receiving greater treasure chests rises with good luck. The objects that are dropped when a brazier is destroyed can be enhanced by luck. With a higher Luck stat, there is also a greater probability of getting a critical hit. The ever-shrinking ring of carnivorous plants is one of the unfavorable occurrences that can take place while playing. These occurrences are less likely to occur with a little good fortune.

After each stage, the player has the option to buy global power-ups with their hard-earned gold; this is done by going to the Title Screen. The effects of the power-ups are similar to those of many of the accessories, but they last permanently and apply to all the characters.

The power-ups that increase a weapon's damage, duration, and number of projectiles should be the players' main focus. Another crucial power-up on which to concentrate is the ability to shorten cooldown times. Remember to get the Growth power-up as well, as this raises a character's experience gain.

Moving forward is generally preferable for Vampire Survivors. This game's unofficial "No Move Challenge" should serve as a reminder of how much simpler it is to survive if the player moves around. It's easy to get trapped because enemies always march relentlessly toward the player character along the sides of the screen.

Players should not hesitate to attack when they spot an opening in the enemy ranks because these gaps close quickly. Don't concentrate too much on the player's character, either. While playing, players should make an effort to keep a broad perspective on the battlefield.