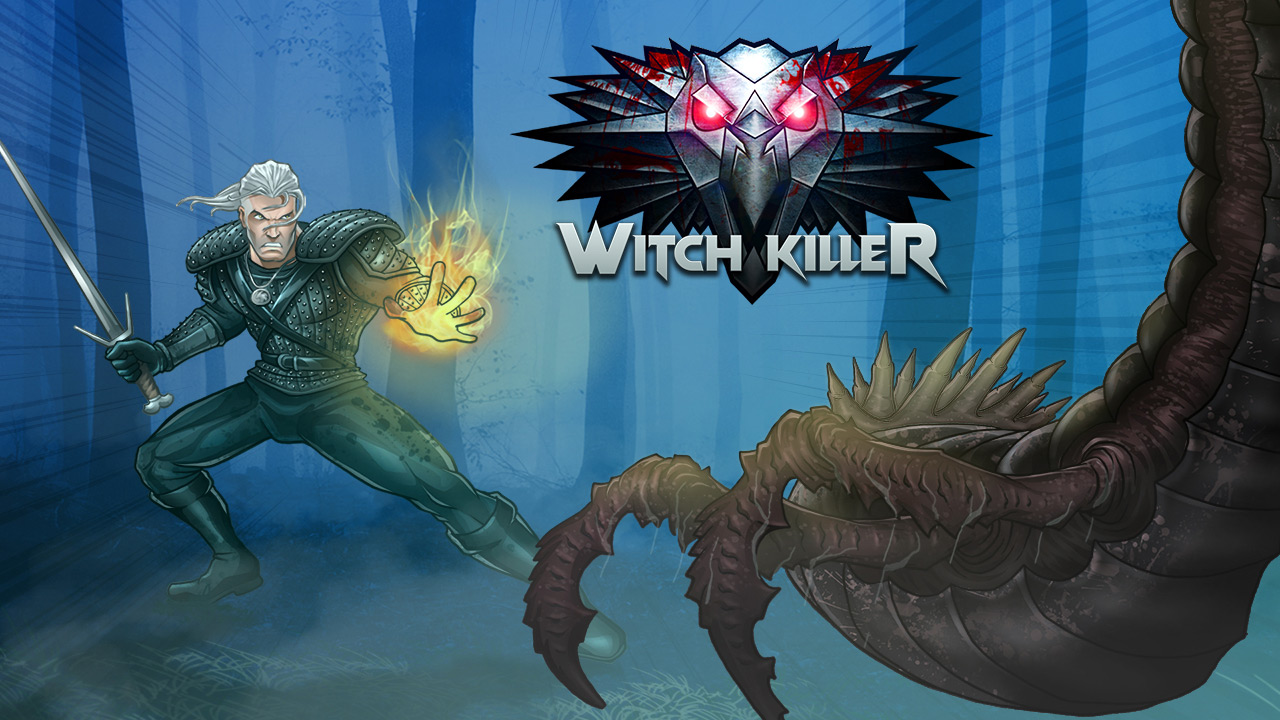 Play as 'Wolf,' a renown monster slayer on his last mission to clear his reputation and establish himself as the most feared of his kind as he battles swarms of beasts from the depths of the forest. To double leap, double-tap the jump button twice. Kill every single creature that stands in your path to increase your score while collecting money to upgrade power-ups that have been concealed around the gloomy woodlands. Have no pity on them. Excellent imagery! Playing at breakneck speed!

How To Play Witch Killer