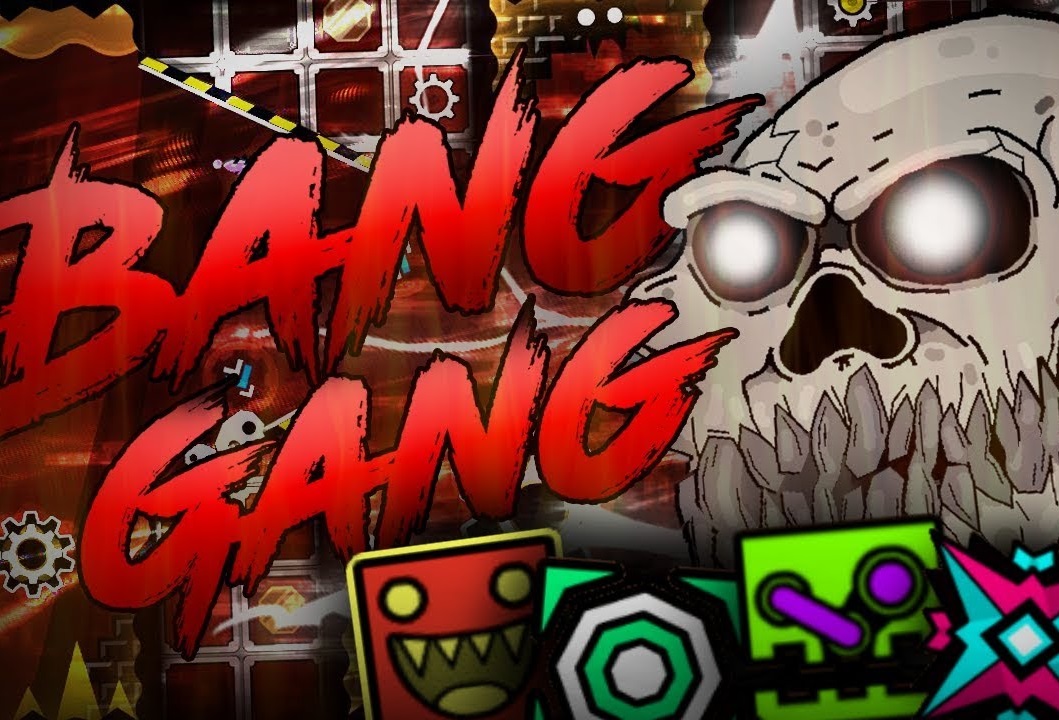 Geometry Dash Bang Gang is an Epic Extreme Demon Level rated 10 stars produced and released by DanZmeN and certified by Technical, npesta, Gizbro, and Golden (aka The Gang). It's a spin-off of Slap Squad, one of DanZmeN's most popular Easy Demons. It's also DanZmeN's first and only 2-player level. It was confirmed on August 9, 2019, during the Gang Meetup. Despite being difficult enough to put on the Geometry Dash Demonlist at the time, it was never included due to being validated by four individuals.

This mode would let player use the duel controls the other way around. So by using this mode, player could easily pass the boss fight but had to learn all the other duels as a trade-off and had to use the up-arrow key for 0%~33%. Rather than re-leaning the bossfight, re-learning all the other gamemodes were the most fastest way to beat this level should used the Flip-controls.

Bang Gang is one of Epic Extreme Demon without a song on Newgrounds, along with Violently X, The Yandere, Ragnarok, Tapwreck, HURRICANE, TANTRUM, Surge of the Shield, Tenth Circle, Cold Sweat, Halberd, Nhelv, and doradura.

The song was on Newgrounds but was deleted by either the music publisher or Newgrounds in the case of Bang Gang, as well as Ragnarok, Tapwreck, TANTRUM, and Tenth Circle.