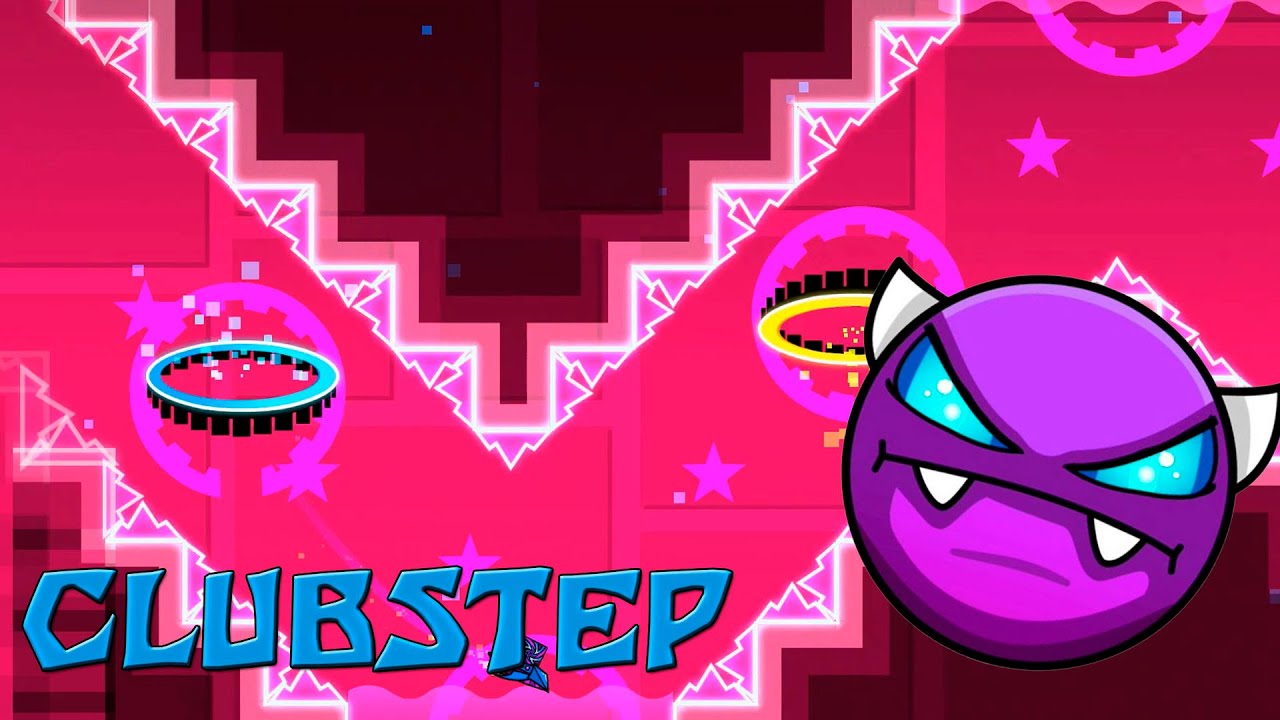 Geometry Dash Clubstep by Neptune is a medium demon level rated 10 stars. Clubstep is the fourteenth and first Demon difficulty level in Geometry Dash and Geometry Dash Lite. To unlock the level, you must collect 10 mystery coins.

Clubstep is more tough than its predecessors, with complicated moves inside tiny areas and little time to react, aggravated further by false obstacles. Clubstep includes confusing faux spikes, fading spikes, and fading blocks. Fake spikes are often combined with fading spikes to make them more difficult to discern. During cube and ball sequences, hazardous rings are typical. Gravity alternation is prevalent throughout cube sequences with combinations of pads and rings, as well as ship sequences with gravity portals, demanding strong ship-handling abilities.

The first hidden coin is found at 9% and is gathered as a cube. When you get to a diagonal line of three jump rings, hit the second one to enter a gap in a spiky obstacle and grab the coin, then slide up and strike a jump ring followed by a gravity ring to return to the main course. The second coin is at 71% and is known as the UFO. To get the coin, quickly jump up via an alternative path with close-contained fading spikes, hopping over three and under two in between.

The third hidden coin may be found at 96% and collected as the ship. Fly down through the gap in the first demon construction and proceed to gather the currency after gaining shape. Collecting all three coins and finishing the level will get you one extra UFO.

Prior to Update 2.0, Clubstep required the acquisition of 20 hidden coins. Throughout the level, there are 38 'devil face' constructions made of blocks, varied spikes for teeth, and revolving ornaments, pulsators, or rings for eyes. The benefits for achieving Clubstep are very distinctive:

The geometric backdrop is used for the last time in Clubstep. Geometry Dash Steam Trailer includes a piece of the first cube sequence of Clubstep inside the level editor. According to Newgrounds, the true soundtrack title is Club Step. Clubstep takes 90 seconds and a minimum of 89 hops to finish.