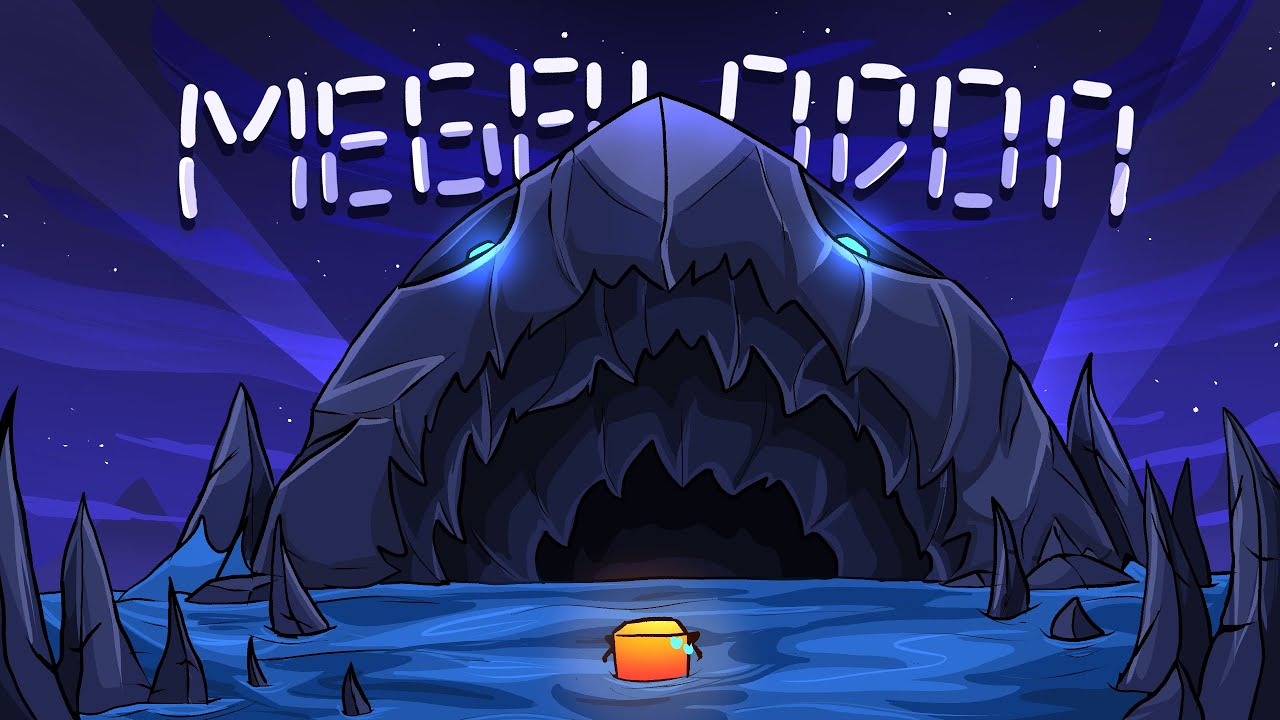 Geometry Dash Megalodon by Subwoofer is an Epic Easy Demon Level rated 10 stars and 1 user coin. It is the first level in the Qubert storyline series, which follows the adventures of a secret agent named Qube. The level is themed around a heist, with the player tasked with infiltrating the Great White Gang's enemy base (called the Megalodon) to steal their plans. The level features detailed art and unique gameplay elements. It was released on March 6, 2021.

The story of Megalodon is continued in Espionage and CRUSH, in that order.

Qube is hanging out in a casino when he gets a call from Chel telling him that his mission starts in 5 minutes and he will be late if he does not get there soon. Qube is hesitant about it until Chel reminds him that he will go to jail if he doesn't comply. Later, on his way to his mission, a cube named Red and his gang knock out Qube with a baseball bat. They inform Qube that he should abandon his mission as "the Megalodon is impenetrable," but Qube does not take their advice. In the middle of the night, Qube travels just off the shore of the Megalodon as Chel calls him again. She lays out her plans for the mission: Qube should take the secret underwater entrance, avoid the lights, grab the plans in the treasury, and leave undetected. Chel is furious at Qube for falling asleep during her speech, and she is furious at him.Qube then begins his mission.

Qube follows the plan as intended, but gets himself detected by the Great White Gang, causing the Megalodon to blow up. After escaping the exploding base, he jumps into Chel's getaway car.

After the Megalodon is destroyed, Chel and Qube drive away from the wreckage. Chel asks Qube if he was able to fulfill his mission, and he shows the plans as proof. However, Chel tells him that this was "only 50% of his contract" as he was detected during the mission. She tells him that "we're just getting started" and he will have more missions before he is free to go. Meanwhile, over at the Megalodon's wreckage, the henchman in the helicopter from earlier, floats down with a parachute, is mad that he spent one million dollars on homing missiles and he was unable to take Qube down. Chel and Qube then drive away.