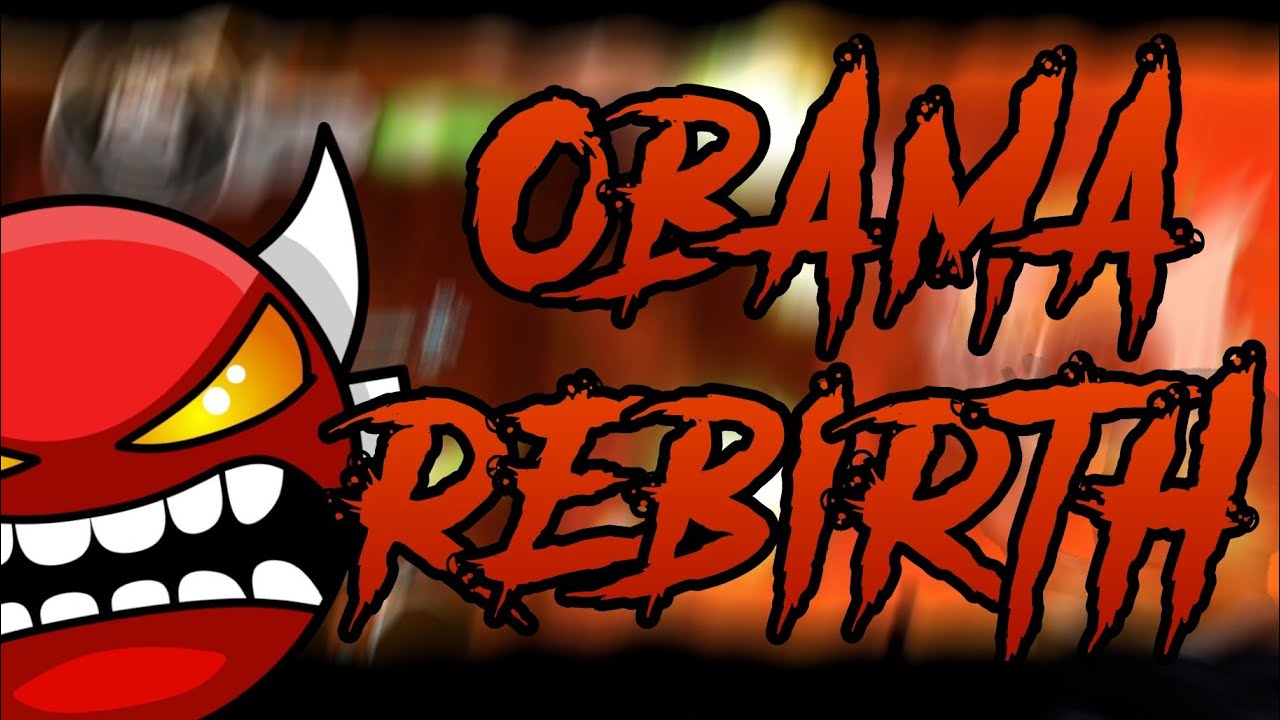 Geometry Dash ObamA RebirtH is an epic Hard Demon level rated 10 stars and 1 user coin, created by player DanZmeN and verified by Golden. ObamA RebirtH is a difficult to complete level that can be quite impressive. A strong boss battle, outstanding synchronization, and powerful music are the most distinctive features. DanZmeN maintained his default style. There are many gray elements and varied effects that dominate. The backdrop appears to be empty in many areas. Users with smaller devices may choose the low-detail option.

There are several levels to complete, all with limited space and time. The second half of each level features frequent shape changes. It lasts one minute and three seconds. Because of its difficulty levels, Obama RebirtH has fallen out of favor.

You begin the level at the cube stage. Click on the spheres to activate them. You will continue the same process on the next stage, except that you must be careful for spikes. You can then play again as a cube. The song gradually picks up speed. The background becomes dark, and you can navigate through the blocks or spheres of the spider before flying through the tight spaces.

The decline begins after a series of phases. To pass through the blocks and glide through tight spaces, click on the spheres. The bifurcation of cubes requires that you hop over the blocks. The boss encounter is next, where you have to choose which character (ship or wave) you want to control. You will be confronted by him both alone and with guns. The victory is accompanied by a dark background.