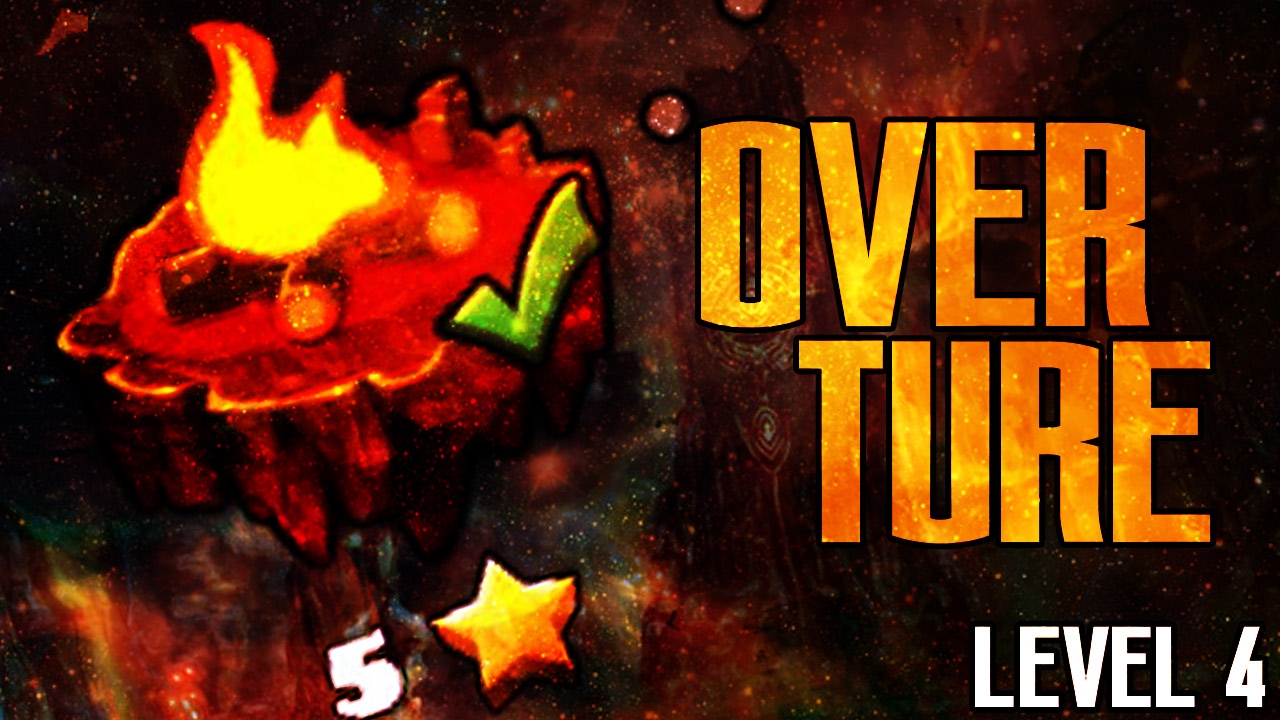 Geometry Dash Overture is a hard level rated 5 stars and 3 user coins created by Fault. It's the second level of the Fire Gauntlet, following OuterSpace and preceding First Race.

0-21%: The level begins with a half-speed ball and extremely basic gameplay that involves traveling up and down between platforms with a few jump orbs. It switches to double speed halfway through the ball and then to a triple-speed auto cube part that leads to the drop.

22-44%: The drop begins with a double-speed ship that requires the player to move up and down between pillars before doing a brief straight flight at 3x speed. It returns to double speed, where the player must acquire a key to unlock the road ahead and negotiate past additional pillars. The level then fades to white and turns into a UFO, where the player must navigate pillars and gravity gates.

45-67%: It then switches to a robot with basic jump and orb gameplay, followed by a cube with additional leaping and orbs.

68-86%: It then slows down to regular speed for a ball part with basic leaps and orbs from 68-86%. This part also includes jump pads and pace adjustments that are timed to the music.

87-100%: For the last cube part, the level slows down to half speed. This portion has basic cube leaps over spikes and pillars while the song's lyrics ("Angels in the sky, I wanna show you") are shown on screen. The level concludes with several jump pads and the letter "GG."