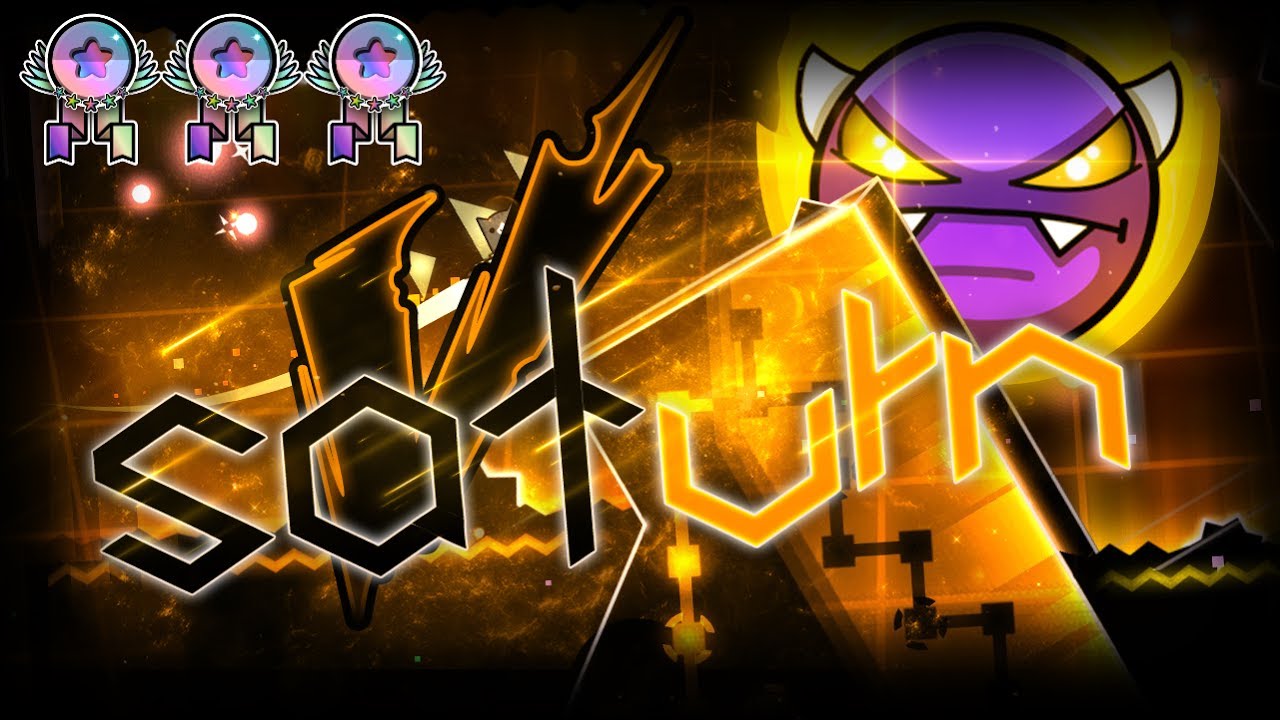 Geometry Dash Saturn V (Russian: Saturn-5) by Nasgubb and Alkali is an Epic Medium Demon Level rated 10 stars and 3 user coins. This level is a sequel to the popular demon Voyager. They are similar in that they are made in the same style, and the names of the levels are associated with space. Also, for players with weak devices, a low-detail mode is provided.

There is a cube stage. Our task is to carefully jump and slide on the blocks, passing through the spikes.

Then we become a robot and go through intricate and slightly difficult tests at the second speed.

Then we get into a small ship and go through the spikes that are above and below us at a third speed.

Then there are short stages of a cube, a wave, and a ball. Later, we board the ship and go through the spiked columns.

Then we become a wave, and at our slowest speed, we pass through a narrow path.

Then, at third speed, we pass through large objects and enter the ship's portal. There we go through an easy flight, changing gravity.

Then we become a ball and just click on the spheres and bounce off the trampolines, sometimes changing gravity.

If we go up, then we will fall into the bifurcation portal, and if we go down, then we will take the coin. Then there are short stages with robots and cubes. Then we go down and jump on the trampolines.