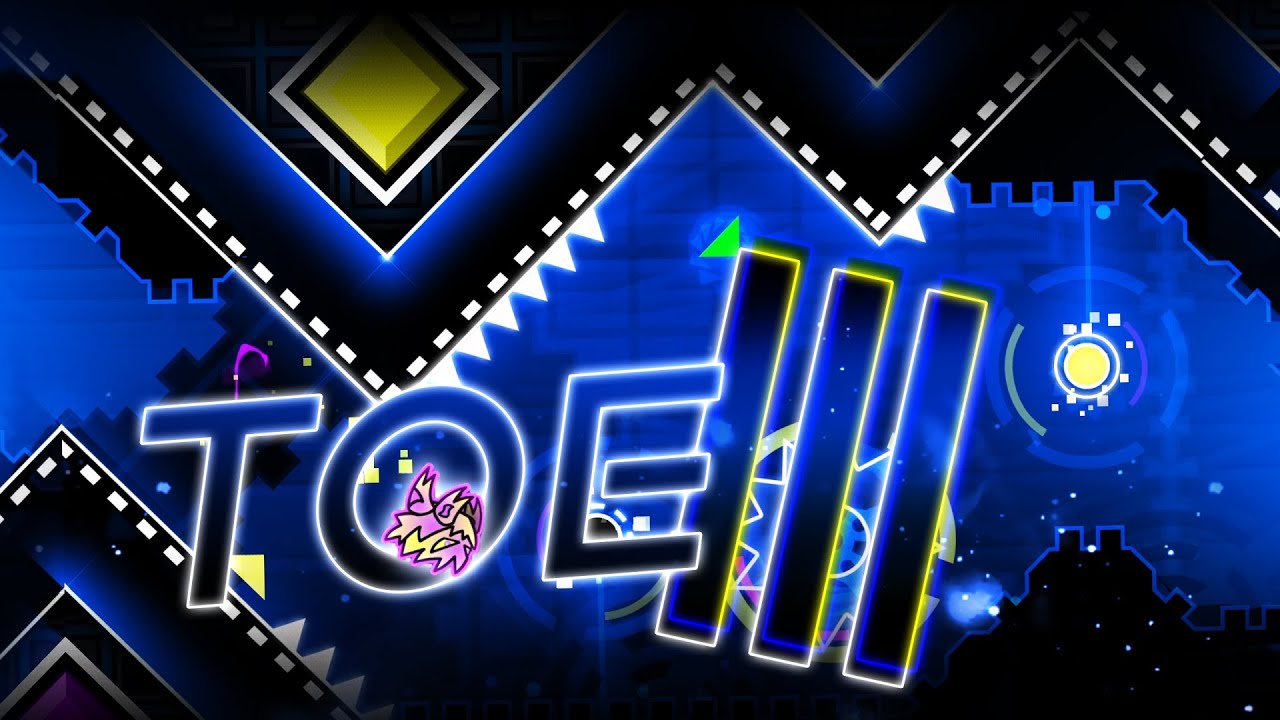 Geometry Dash TOE III (also known as Theory of Everything 3 or TOE 3) is an epic Hard Demon level rated 10 stars and 3 user coins, created, verified, and published by Manix648. It is the fan-made sequel to Theory of Everything 2, as its name indicates. TOE III often regarded as a Medium or Hard Demon and may aid the player in progressing through the spider and many game modes.

The first user currency can be obtained by obtaining a key at 3% and then striking a blue orb at 12%.
The second user coin may be found at 29% of the revolving portion. The second coin at the dash orb before the ship requires four mini coins in total.
The third and final user coin is found around the 60% mark of the half-speed cube portion, where the player must immediately leap onto the pink dash orb in order to ascend to the coin's location rather than using the blue pad or red orb. Hidden below the coin is a blue orb. At 61%, the player must strike the blue orb to return to the main portion of the game.