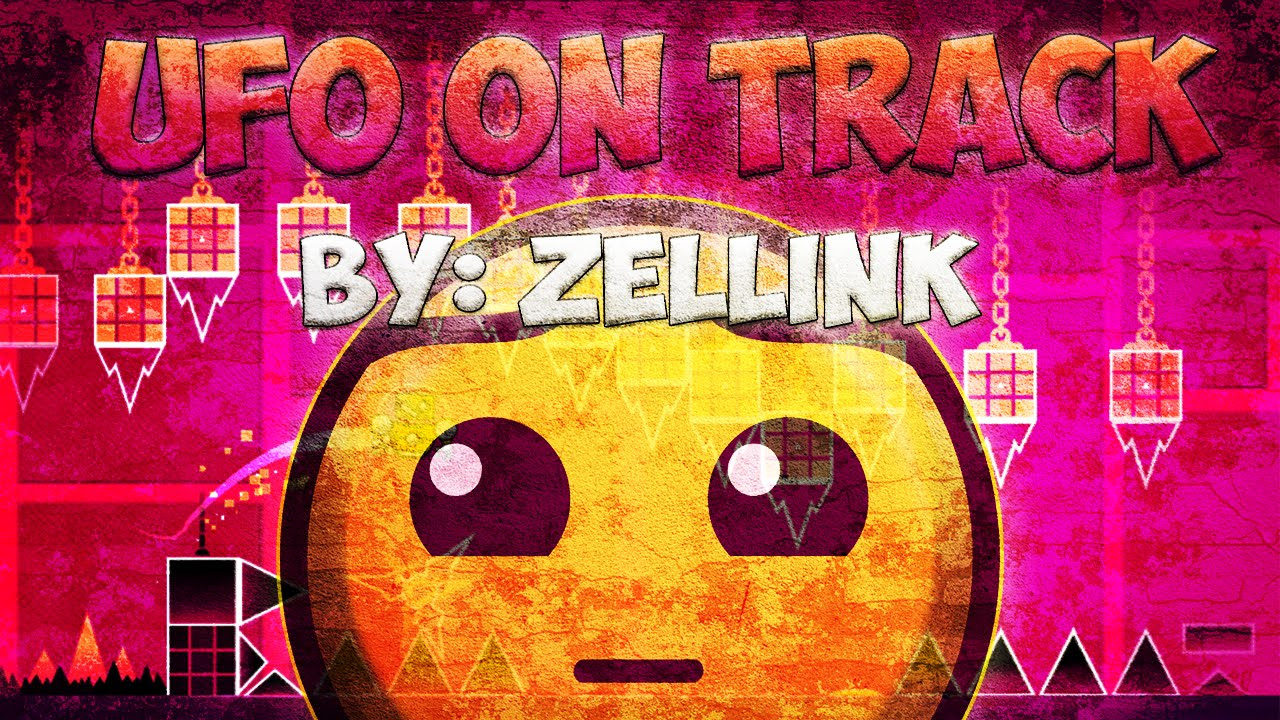 Geometry Dash UFO On Track is a hard level rated 4 stars and 2 bronze user coins, created by the player ZelLink. This is the second level from the UFO Pack level set. The official Back on Track remake is UFO On Track. Players can play virtually the full UFO On Track since the level is optimized for UFOs. This is essentially a convoluted Back On Track. There are multiple spikes on top and saws with spikes on the bottom to prevent flying over obstacles on the level.

Navigate between the slides on the ship stage with a blue backdrop; the floor and ceiling are vacant in this area, so you may touch them. You must fly past the spikes and into the portal on the last slide. We leap over the spikes and onto the platforms above the thorns in the last section of the game. Then we jump on one trampoline, then two. You must leap on semi-blocks and blocks till we reach a blue backdrop. We leap over the spikes as normal, then on the pillars, over the final spike, fall into the trampoline, and complete the level.