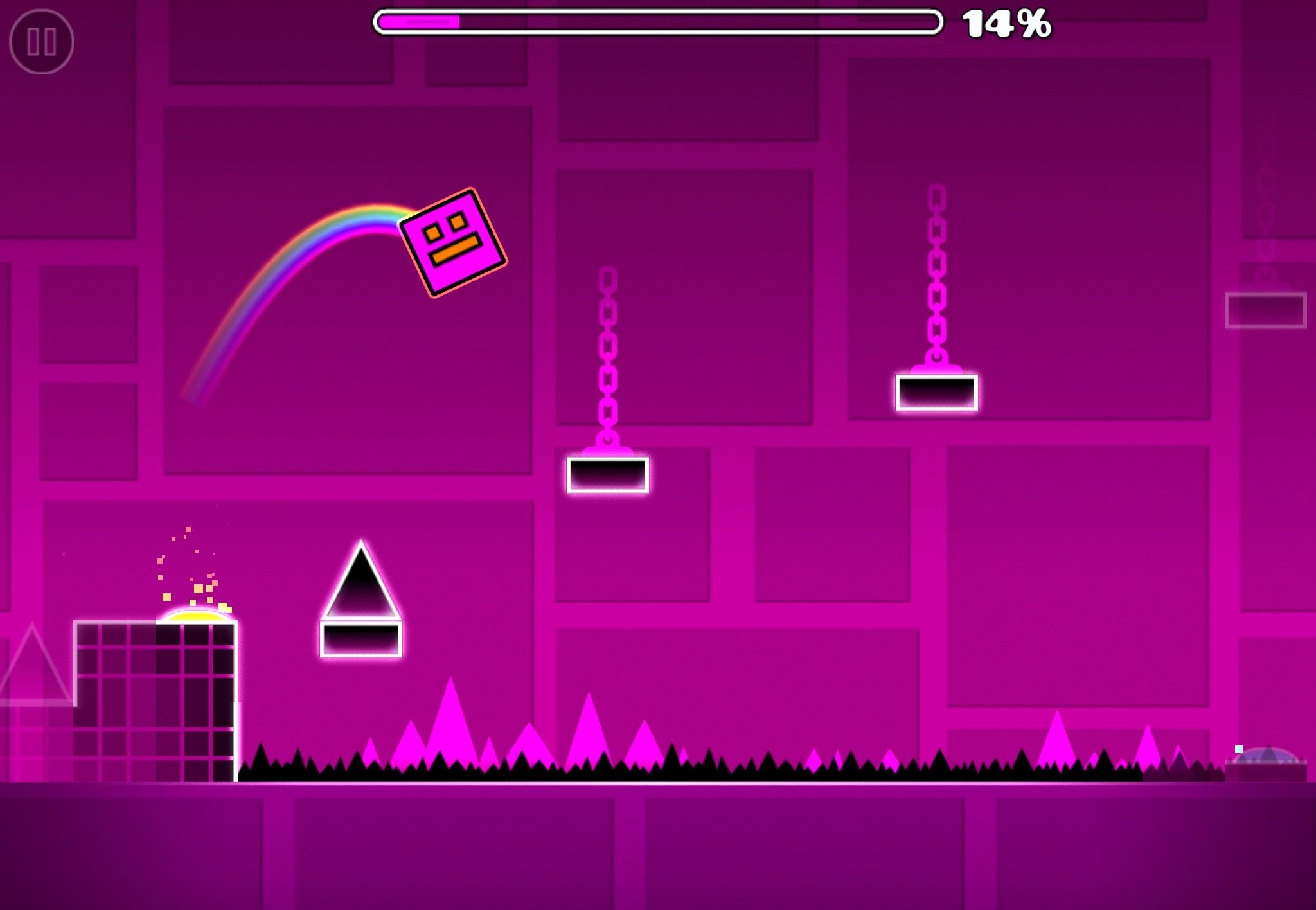 Geometry Dash Utopia Dash is an old level rated 5 stars created by TheRealDarnoc in version 1.4 and has Hard difficulty. It is located in the second position in the Challenge Pack level set.

Utopia Dash is fairly simple and a good level for its age. This level is quite easy and the gameplay is enjoyable. Synchronization with the soundtrack is not bad, and there are no serious minuses in the level. Utopia Dash standard good times level 1.4.

The level starts with a cube stage. At first, the player simply jumps over spikes, then walls, half-blocks, thorns, and trampolines appear, and the stage becomes more difficult. We have to carefully monitor the jumps. Then there is a slight lull, and the stage of the ball begins. Here the player must jump between the walls, bypassing the spikes on both sides. Also, the walls are not always smooth-some parts are covered with thorns, and you have to jump on the spheres. Sometimes the walls are covered with spikes.

Now the ship phase begins. On it, you need to fly around spiked slides made of blocks. After a while, gravity changes. There is now a mini-cube stage where the player jumps over saws and small spikes. Spheres and trampolines are often used, many of which are false. Now, during the ball stage, the player rolls along the platforms, on the edges of which there are mini-spikes. The surface is covered with thorns, so spheres and portals often come across, and you also have to jump on the walls.

After a small climb through the spheres, there is a mini-cube stage, where the player jumps on pillars, changing gravity. Then it increases, and you need to jump through the spikes on the blocks until the very end.

This is one of three levels that were included in the level sets with a difficulty higher than the level itself (the second is UFO Madness, the third is Ice Cave). So, the level is rated as Hard, although it is in the Harder difficulty level set.