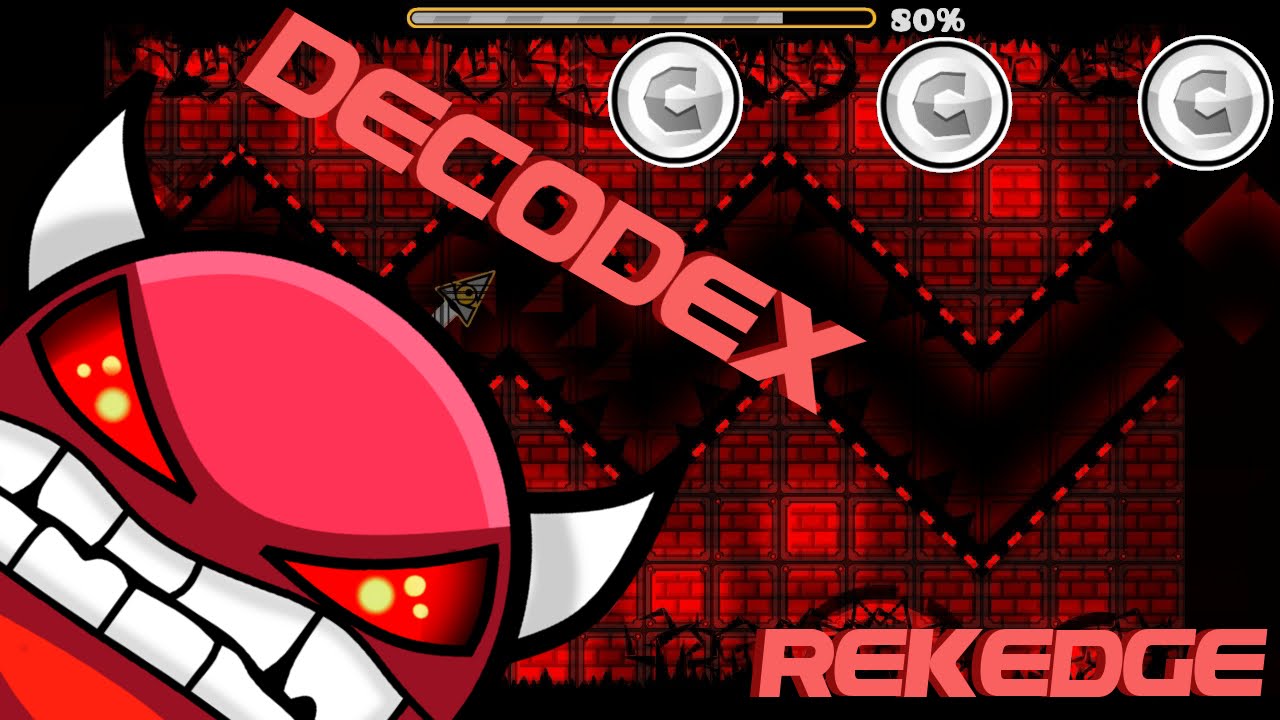 Geometry Dash DeCodeX by Rek3dge is a hard demon level rated 10 stars and 3 user coins. It is, as its name implies, a recreation of his well-known level, DeCode. This level was recreated in 2.0 and features a layout that is similar to DeCode. As a result, employing 2.0 textures, the entire design has significantly altered. A robot was substituted for the triple-speed cube portion, and a few moving obstacles were added, most notably the moving portals in the triple-speed UFO segment.