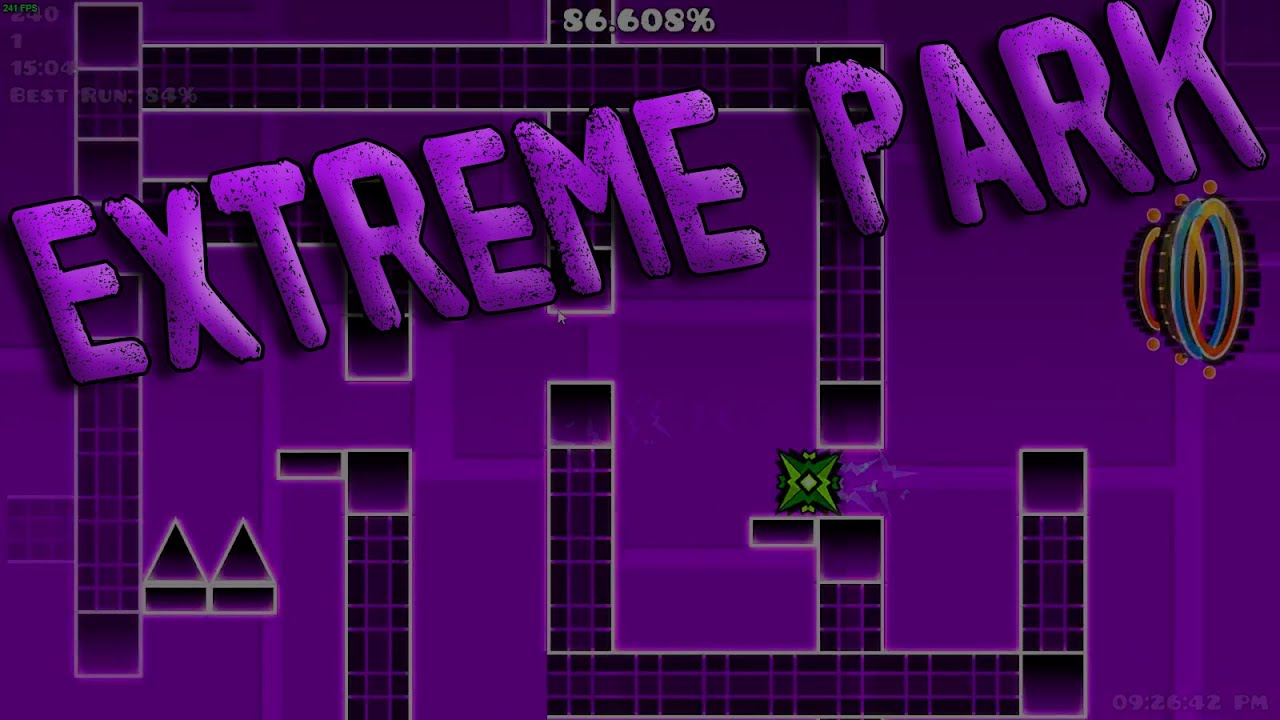 Geometry Dash Extreme Park is a solo Hard Demon level rated 10 stars, created by Rabbitical (formerly Ripplez), sackwon and iRabb2ti. For its time, this was the most challenging level ever released, as it was the first Demon level to place such a premium on memory.