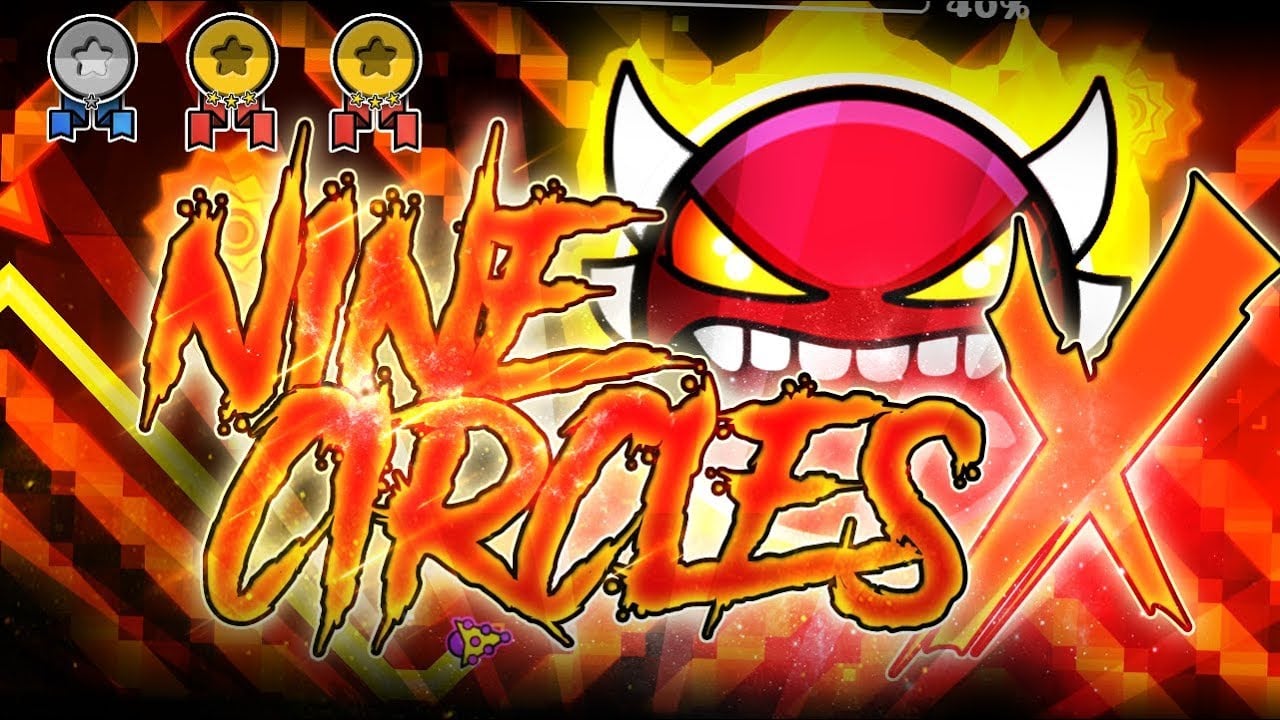 Geometry Dash Nine CircleX (also known as Nine Circles X) is an Insane Demon collaboration level rated 10 stars, produced by Rustam, Zobros, and ViPriN and certified by MaxiS9. It is, as the name implies, a straight and official sequel to Zobros's original Nine Circles. It is Zobros's last level (he designed the layout) and ViPriN's first Nine Circles level. The song is an Xtrullor remix of the original, Nine Circles.

The first portion is a standard Nine Circles cube with a fire-themed design. This segment is challenging due to the many spikes and fakes. Arrows are shown to direct the gamer in the right direction. It then goes on to a ship portion with a lot of hills and spikes that may be irritating and difficult to navigate. Following there is a ball portion with slanted pillars and orbs. It then switches to a half-speed cube segment.

Following that, the music beat lowers and the player enters a triple speed wave portion with largely narrow gaps. Following that is a brief robot portion before returning to a tiny triple wave. The player collapses like a cube before entering yet another triple-speed wave. Following that, there is a brief mini-cube part with some difficult leaps before returning to wave mode with brief bits of UFO, ball, and robot action. Finally, the wave transforms into a cube before transitioning to a brief straight-fly phase. Following that is a cube labyrinth, followed by four double slow cube jumps. After that, the level concludes with the names Zobros, Viprin, and Rustam.