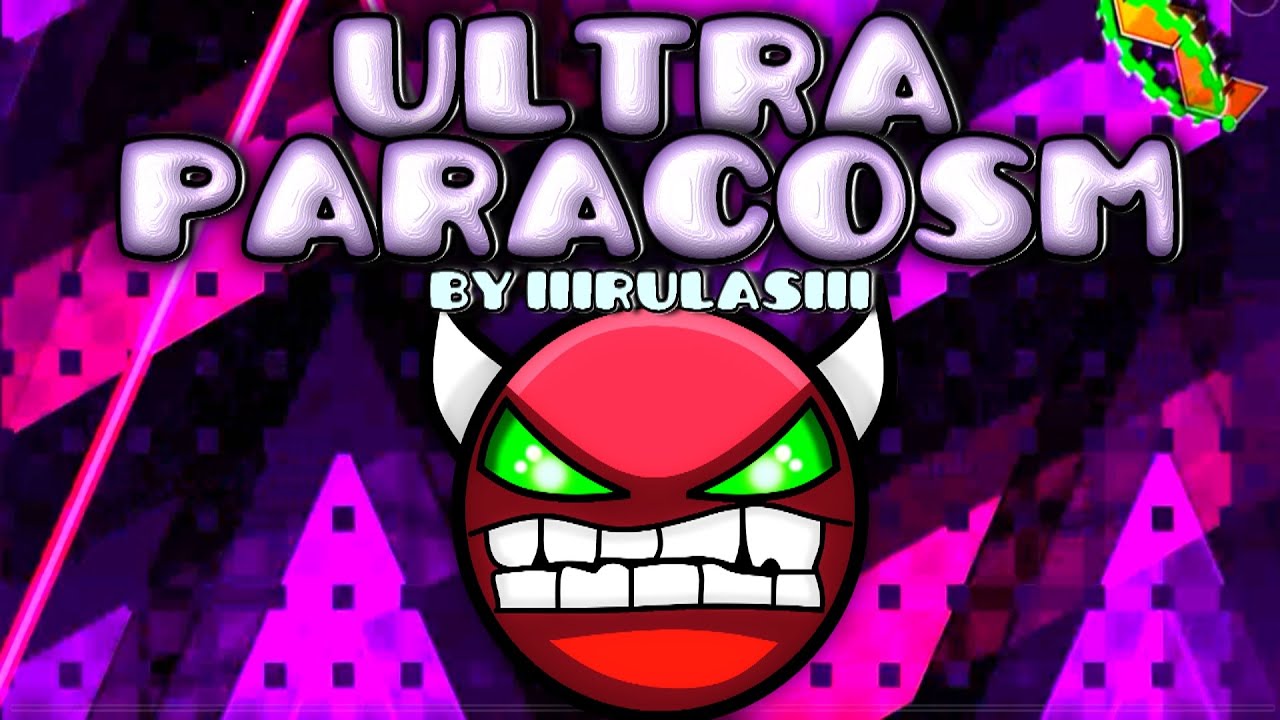 Geometry Dash Ultra Paracosm is an Easy Demon level rated 10 stars and 3 user coins designed, confirmed, and released by Rulas. It's a reimagining of Paracosm Circles. This game is the first of a series of List of Nine Circles levels known as "Ultra Circles." Ultra Paracosm is regarded as one of the most straightforward Demon levels. This level, unlike other Nine Circles remakes, has a more detailed and colorful design, particularly in the wave section. 2.0 blocks, scale, monsters, and decorations are included.

The level begins with a reasonably straightforward cube segment that has a few gimmicks. Following this, the player moves to a simple ship segment before swiftly moving to a short auto cube and into the epileptic wave. The Ultra Nine Circles levels, on the other hand, feature 10 colors and seem more 2.0-like and updated than the original Nine Circles design. This wave is extremely simple and is often regarded as the simplest of Rulas' Nine Circles remakes. This wave is fairly simple, with the exception of one section at the first dual, because the backgrounds in the Ultra Nine Circles levels are decorated with the same objects as the obstacles, making it difficult to tell what is safe and what is not, but this section was nerfed with a simple dual normal/mini wave. This is used in the described region to confuse the player. The wave eventually transforms into a distinctive cube on the Nine Circles backdrop, which appears in the majority of Rulas' original Ultra Nine Circles levels. It's basic yet unpleasant compared to some of his other levels' cube parts, and then it changes back into a wave. There is a ship gateway towards the end. It barely lasts three seconds, but it is quite aggravating since the player then transforms into a little wave that requires spamming. Following that, the player transforms into a regular wave, followed by a cube. On the screen, the word RULAS can be seen floating.

The level has three bronze coins that are pretty straightforward to get, with the exception of the second one, which has challenging timing linked with it.