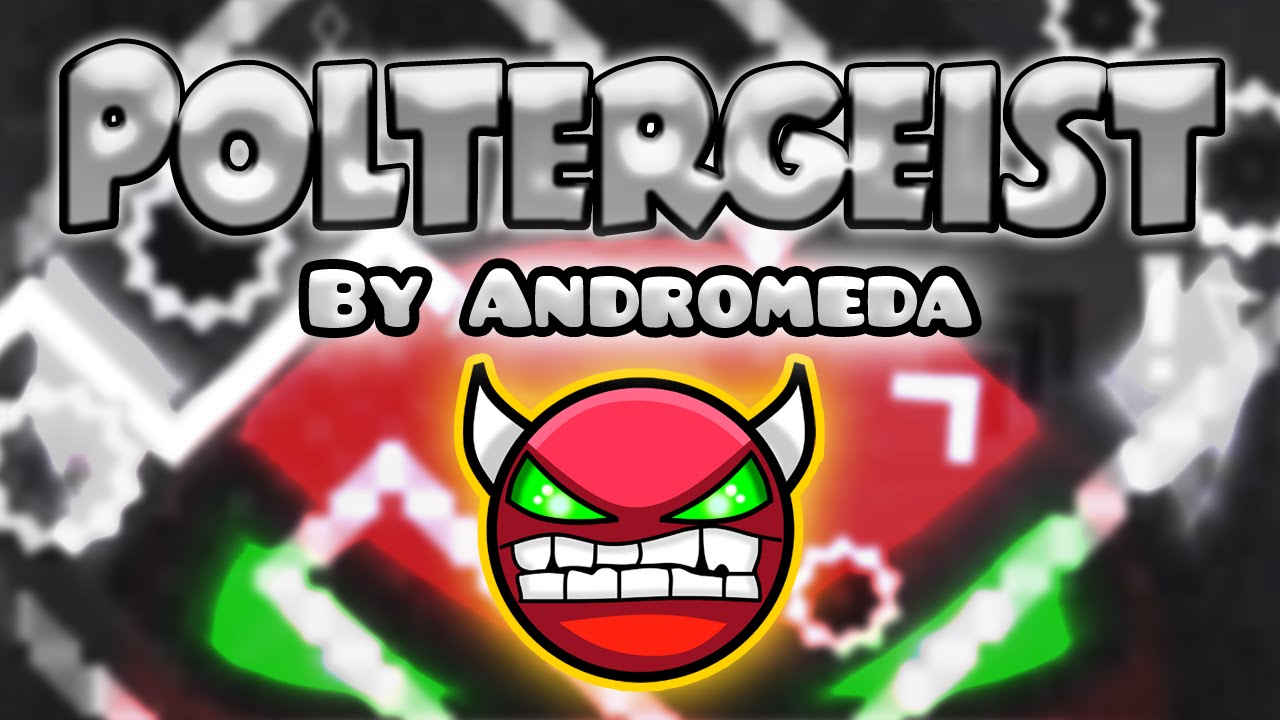 Geometry Dash Poltergeist is an Insane Demon level rated 10 stars designed, hack-verified, and released by Andromeda. It's a tough recreation of Nine Circles. The level has notably erratic timings in the first half, along with very tight areas and highly uncomfortable moves, but the difficulty drops drastically in the second half.

The level begins with a basic cube segment that includes a few leaps and tricks. It is followed by a simple ball sequence with a few saw blades and another cube sequence with several jump orbs. During a build-up transition before the drop, recurring blue pads and invisible size portals are put - the first indication of a later upgrade. The player then approaches two spikes, indicating that the beat is about to drop. When the beat lowers, the difficulty increases and the player enters one of the game's most renowned wave parts. Numerous tricky timings, tight places, and fakes are present when played at triple speed.

The first portion focuses on click-control and timing in small places. It also need enough straight-flying skill for the ship phase, which begins at 50%. Following that, the player will enter a half-speed cube segment with the words "TAKE A BREAK." This section has five sets of double spikes that come and disappear randomly.

This is followed by another wave portion, although one that is easier than the first. This part features more broader areas and a forgiving first half, but it ends with a troll-like mini-wave portion through many tight spots.

The level concludes with a simple cube closing at regular speed, a gigantic "GG," and two last yellow orbs. At the conclusion, the letters "ANDRO" may be seen with a quad speed quadruple spike leap.