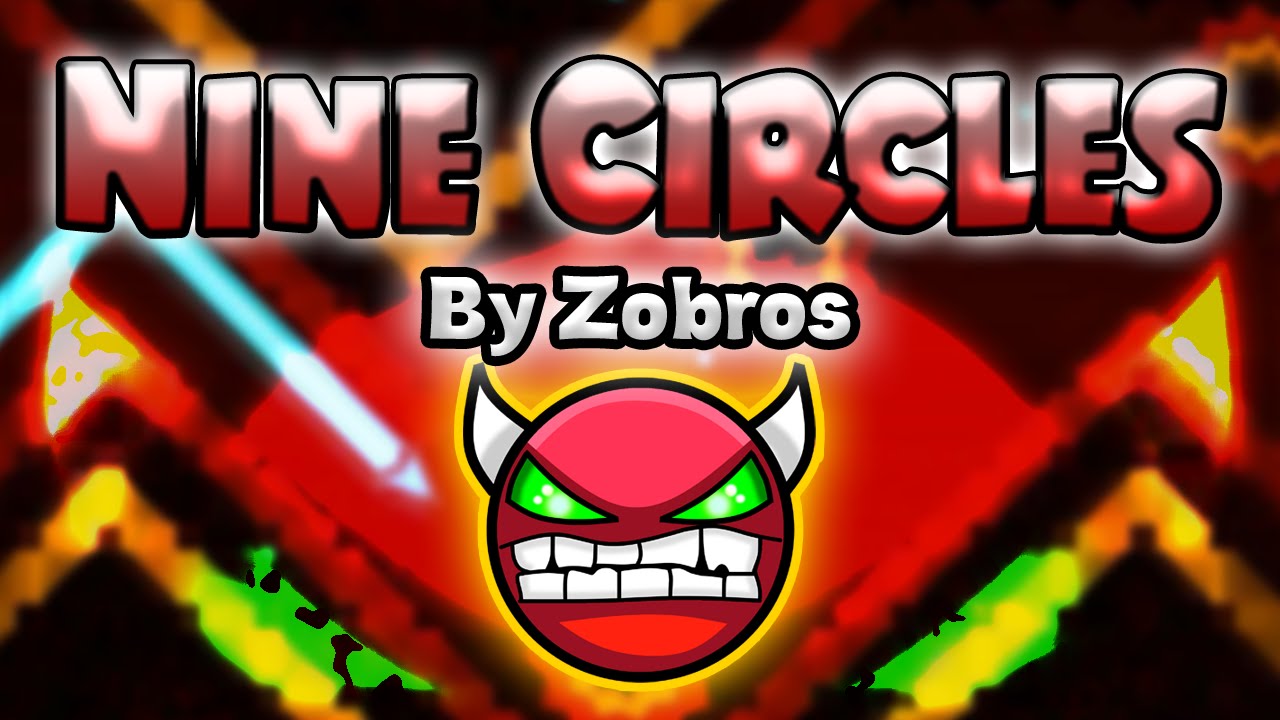 Geometry Dash Nine Circles (abbreviated NC) is a Hard Demon level rated 10 stars, made, validated, and released by Zobros. Many other users were inspired by this level to build remakes known as Nine Circles levels. It is presently Geometry Dash's fourth most downloaded Demon level.

Zobros' first original level is Nine Circles. It employs 1.9-design and effects, which are notably noticeable in the now-iconic strobing wave portion. Nine Circles is one of Geometry Dash's most important levels. SuperPizzaLuigi, an unknown creator at the time, released Fairydust shortly after its upload, which is very likely the level that launched the Nine Circles craze. Since then, several designers have created Nine Circles levels, the most popular of which are Sonic Wave, Poltergeist, and Jawbreaker. Although certain Nine Circles levels do not follow this pattern, they are known to contain powerful dubstep tunes as well as game modes in the standard order of cube, ship, ball, cube, wave, cube. Despite its in-game ranking, the community considers Nine Circles to be a Medium or Hard Demon.

This level features three user coins, all of which take moderate skill to collect. The second coin is arguably the most difficult to obtain, whereas the final and first coins are substantially easier.

The first coin is found in the ball portion. To go back on track, the player must avoid a yellow orb, fall on false spikes, and switch gravity.

The second coin is found in the wave part. When the player is in anti-gravity wave, there is a coin on top of a saw blade. To acquire it, the player must avoid the standard route and use exact time to avoid colliding with the saw blade. After obtaining the coin, click once before clicking and holding a second time to exit the danger zone.

The third and final coin is found in the final cube area. Hitting the edge of the second-to-last jump pad and bouncing on the jump orb in the last second propels the cube far enough away from the last jump pad and under Zobros' name. The surrounding spikes vanish, and the coin shows on screen with a message from Zobros that says, "NOICE."

The level was easier when it was first built, but Zobros altered it to make it harder, and then he updated it again to make it the same as before. He most recently upgraded the level to include user currency.