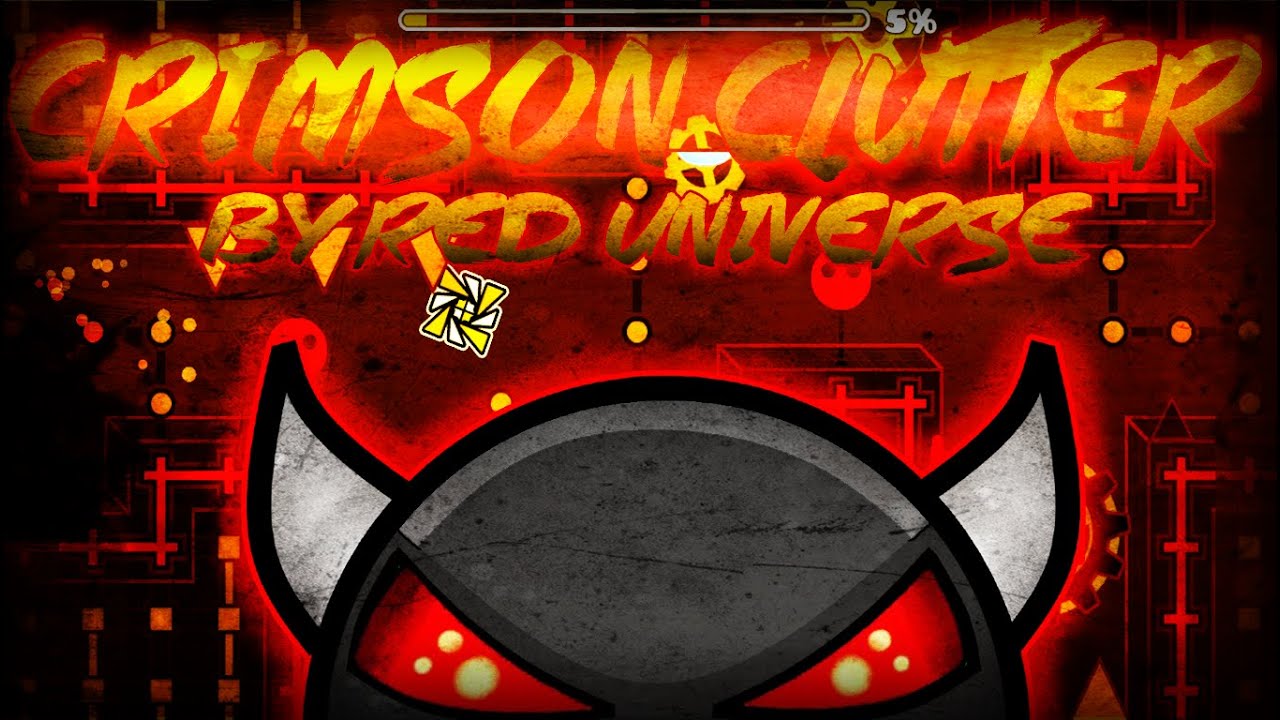 Geometry Dash Crimson Clutter is an Insane Demon level rated 10 stars created by RedUniverse. It is a challenging remake of Nine Circles and is widely regarded as one of the most difficult Nine Circles levels in the game. Because of its difficulty, it is sometimes referred to as an Insane Demon. Despite its complexity, it was authentically confirmed by its developer. The level has a blood-red crimson motif, thus the name, and is noted for being tougher than both Antique Circles and Catastrophic. It is presently on the Geometry Dash Demonlist's Legacy List.