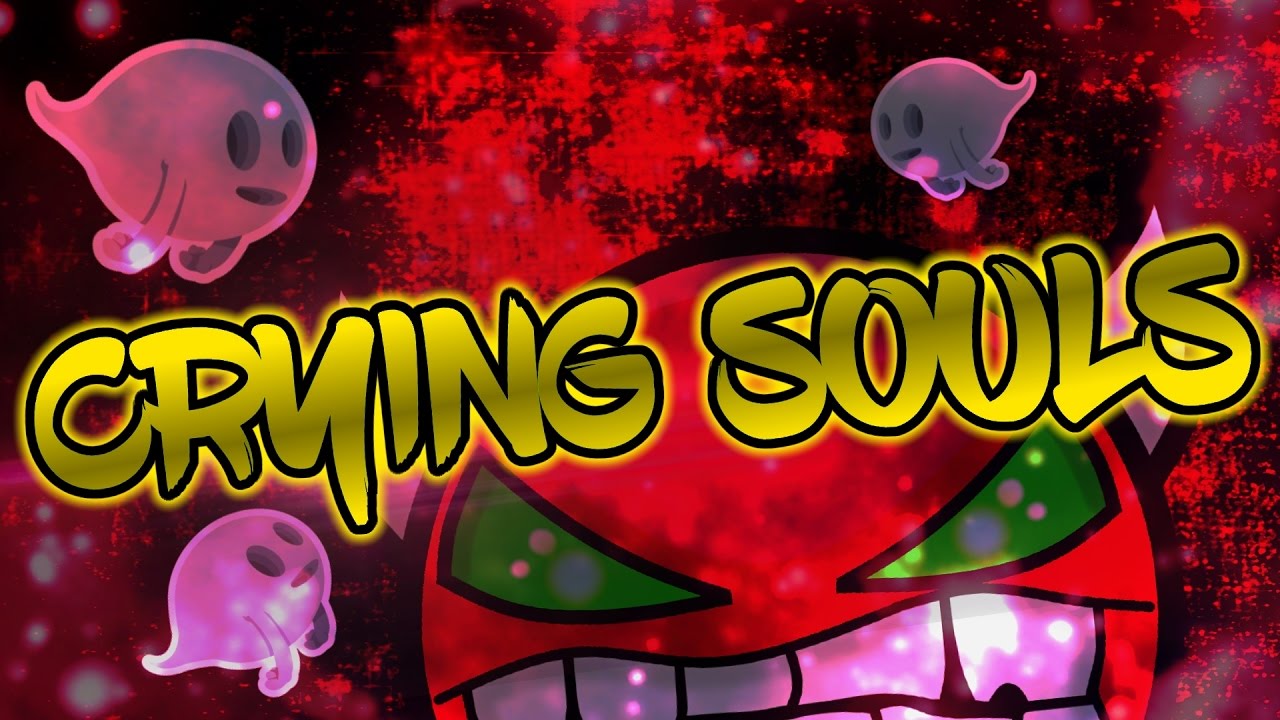 Geometry Dash Crying Souls is an Insane Demon level rated 10 stars and 3 user coins that created, released, and validated by Knobbelboy. It's a challenging remake of Nine Circles. The level is notable for being the first in the Nine Circles series to feature moving objects/obstacles in the wave portion.

The first coin can be found in the first wave segment, where the player must descend to an alternate path at 17%. If the player hits an additional orb in the first cube part, they will proceed to an upper path to obtain a key. If the player fails to hit the orb within the mini-portal at 47% during a ship portion, they will instead teleport to a different spot with the second user coin.

Go to the above "slope" at 7% in the ship transition, where a sawblade will evaporate instead of killing the player, which disappears along with part of the above slope, allowing the player to obtain a second key. The player can then use a concealed yellow orb to land on a secret platform with the final coin at 95% in the final cube segment.