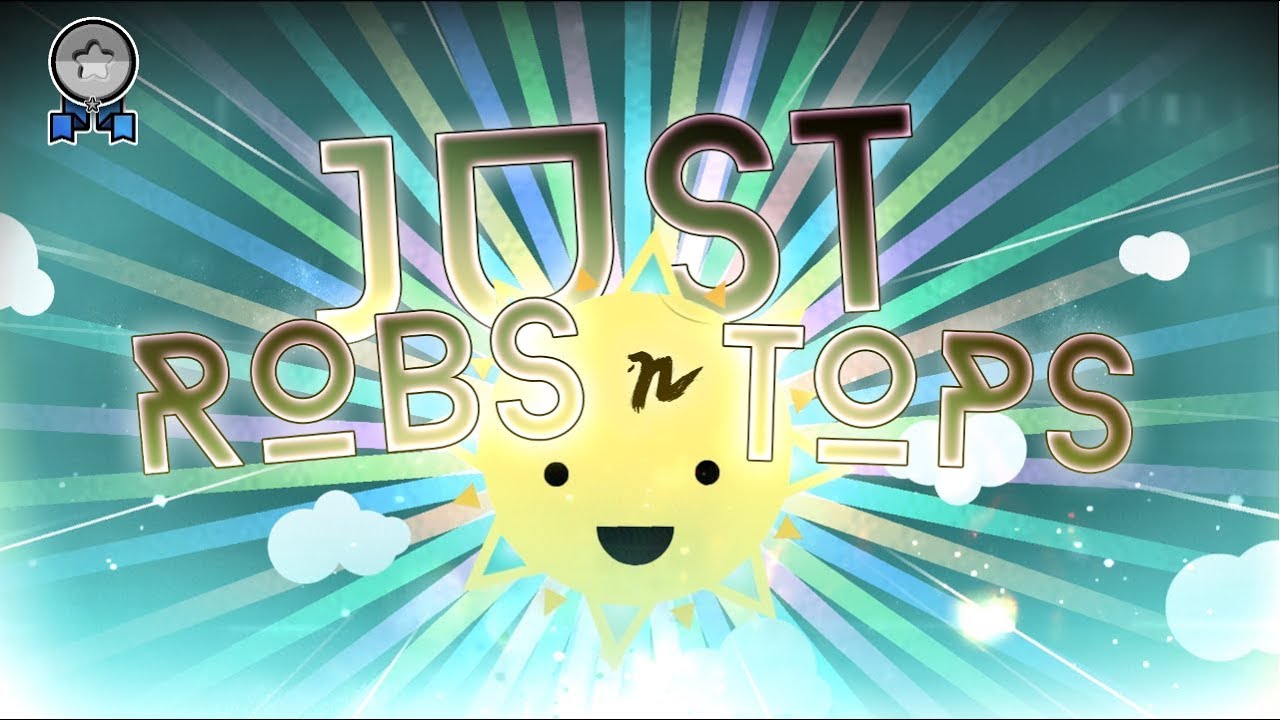 Geometry Dash JusT RobS n TopS is an epic auto level rated 1 star and 1 user coin, created by popular player DanZmeN. This is an automatic animation level. First, the player will notice how many colored lights swirl around. You will be able to see your cube when they join. You make your way across the Volcano platforms, where mushrooms-illuminators grow.You can climb further and see animations from the last platform. In the foreground, the sun shines brightly. Rai appears above him. The Tree of Life is in the center.The harmony is disrupted, and everything diverges from the plan. The Christmas tree rises higher in the sky, where light beams and many characters can be seen. Next is the inscription "Go, Thou Shalt Not Hurt," followed by another animation. Blixer is next, his arms turning around him. Two guns may be seen: one square and one circle. Each of them, like Clash, fires in squares or circles.Then, we see a Lycanthropy-level evil-infested cactus. Then, there is the saw that rides the waves like Cool Friends. To the left, we see another sickly cactus. We then see a friend with a constantly changing face, just like in the "Close to Me" levels. A blue cube is an infected figure that can fly through obstacles. The DanZmeN emblem appears at the end of each level.