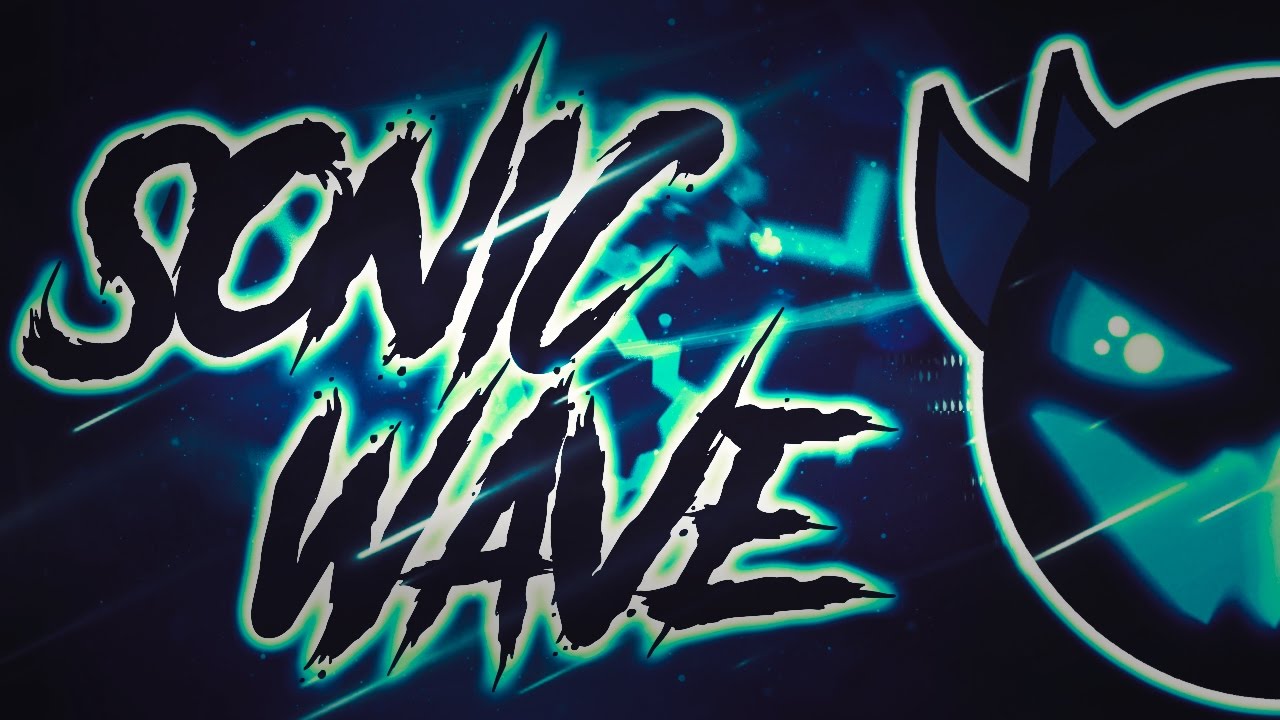 Sonic Wave was initially built in mid-Update 1.9, when Cyclic provided a preview for a new Nine Circles level with a light blue color scheme (this version is now considered as Old Sonic Wave). A few gamers attempted it, but none made much progress beyond the initial ship. Cyclic deleted the unrated level in July and produced a boosted version with a dark blue color scheme based on a vote made on Korean forums in which he invited people to select between five color schemes: black, dark blue, navy blue, yellow/green, or orange.

The community argued whether or not this level had been hacked, since it was much too tough for most gamers at the time. The majority of users accused Cyclic of hacking the level. Prior to 2.0, the level was replaced with a Back On Track recreation called as Cyclic On Track.

Riot, on the other hand, became tired of Sonic Wave and asked Viprin to create a customized version for him: Sonic Wave Infinity. This darkened the level somewhat and used 2.0 ornamentation and effects. During the development of Sonic Wave Infinity, Mefewe set a new best of 98% on his own buffed version of Sonic Wave, which was regarded the worst ever fail in Geometry Dash at the time. This terrible failure, however, increased his notoriety, and he subsequently persuaded FunnyGame and Serponge to produce another Sonic Wave remake: Alter Sonic Wave (later renamed Sonic Wave Rebirth). This level offered Sonic Wave a new look while keeping the gameplay the same.

The level starts with a standard speed-cube part with challenging timings and a brief block labyrinth that demands the player to click late to avoid striking the blue jump orb at the second platform.

This section is a double-speed ship sequence with many saw blades that the player must dodge. There are also continuous gravity and size fluctuations with a few spikes between the sloping buildings, forcing the player to momentarily straight fly.

This section transports the player into a brief mini cube transition in which the player must exactly strike a gravity orb after being bounced by many gravity pads. The player then enters a slow ball segment that is mostly made up of exact timings. The player then presses a normal-speed trigger and then a double-speed trigger, making it more difficult to timing the gravity shifts. The player next enters a dual mini ball section similar to Windy Landscape, in which the player must reverse gravity at precisely the proper time to avoid the two spikes on each side. To prevent falling through the ceiling after clearing the spikes, the player must leap immediately after entering the cube portal.

This component is made up of a really challenging wave portion with exceedingly tiny gaps and multiple saw blades. Later, the player reaches a mini-wave portion with a succession of saw-blades that the player must avoid by moving in a certain way. The player then returns to a standard wave with additional tight spaces and sawblades before entering a twin mini-wave phase where the player must remove unseen blocks protruding from the ground and ceiling.

This portion comprises a very simple cube element in which the player must attempt to hit all of the jump orbs and maintain leaping as the pace steadily increases.

This segment consists of another wave section with extremely tight areas and even more saw-blades, which subsequently evolves into a dual wave where the player must exactly proceed in a specified way to avoid all the unseen blocks and spikes above and below. The player then transforms back into a regular wave through a gravity portal and proceeds to dodge the spikes, saw blades, and blocks.

This stage starts with a half-speed mini-wave portion in which the player must spam to avoid the blocks below and the sawblades above. The player must then maneuver across a narrow gap between hills. The player then moves on to a memory cube part that involves exact timing and clear memorization.

The last segment is a triple-speed wave section with tight gaps, then transitions to a mini-wave section with tight spaces and sawblades like before. The player then returns to a half-speed normal wave portion in which the player must exactly navigate through the little hills; halfway through this, the pace increases to normal speed. The player then enters a double and subsequently triple-speed mini-wave in which the player must spam over the words "GG Cyclic" built with blocks. At the completion of the level, the player sees the words "Riot", "Dual", "Chief", and "Nocta", which represent Riot, Dual Kiki, ChiefFlurry, and Noctalium, respectively, all of whom are excellent players to whom Sunix dedicated this accomplishment.