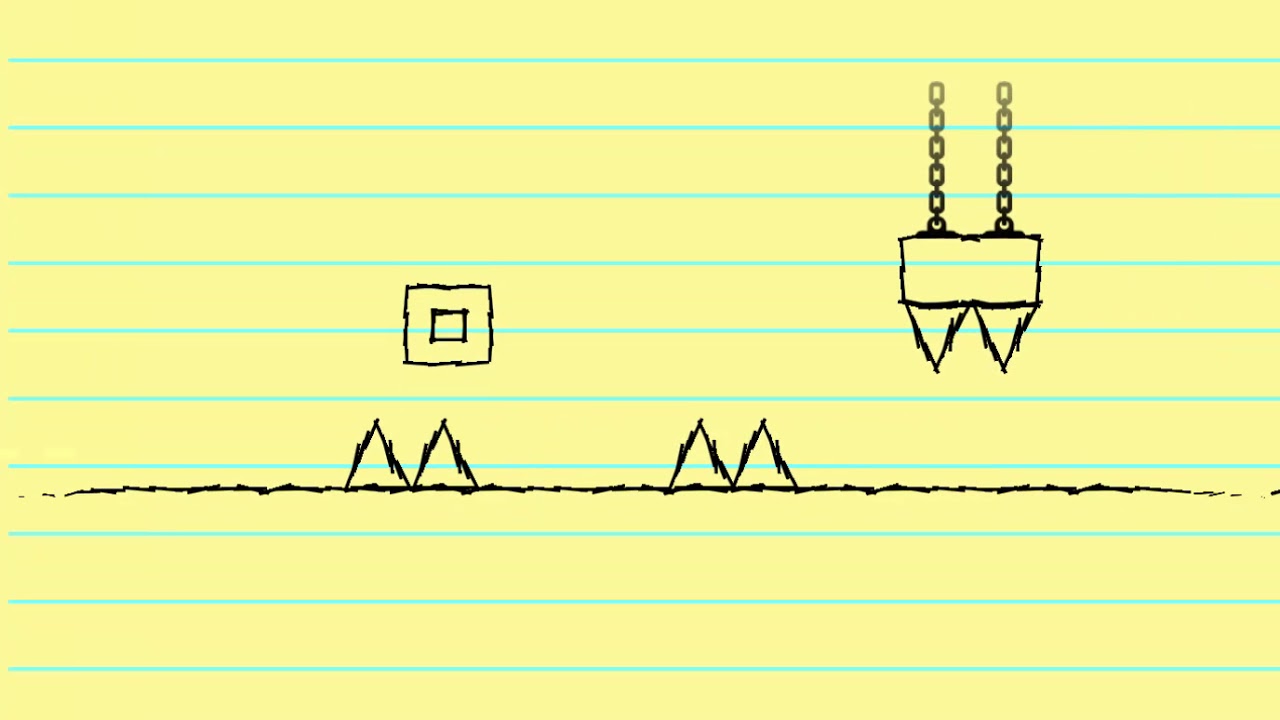 Geometry Dash Paint On Track by Rockjak460/Hysteric is an easy level rated 2 stars and 3 user coins. The level is a remake of the official Back on Track level, but with painted objects and a notebook-like background (yellowish or white if you used the switch at the very beginning).

The ground will meet us with a trampoline, which will be thrown up through the spikes. Jump over the next two spikes and jump over the poles, onto the trampoline, and again over the poles. After you pass the spikes, do not step on the trampolines; they are used as a trap. Then jump further until the trampoline throws you up and the background gets darker. After that, jump across the platforms, jumping over the spikes. The trampolines are all safe. Then you need to jump on the platforms in time. Also in this place, you can find the first coin. It can be collected without jumping over to the third platform in a certain place, and you will fly up, then fall down again. Again, spikes and there is very little left to the portal.

On the ship stage, maneuver between the slides. The floor and ceiling in this place are empty, so you can touch them. There is a second coin inside the third slide. On the last slide, you need to fly around the spikes and go through the portal.

All three coins are in the same places as in the original, but due to the level design, collecting the coins is somewhat more difficult.

The first coin is 41% on the next rise. You must look through the spikes to find the blue trampoline. By jumping on it, you will start a complicated chain of events that will give you a coin and let you move on to the next level.

The second coin is at 55% in the ship stage. Then you just fly through the obstacle.

The third coin is at 83% on the cube stage. On the final ladder, you don't have to jump, but go down and jump from platform to platform.