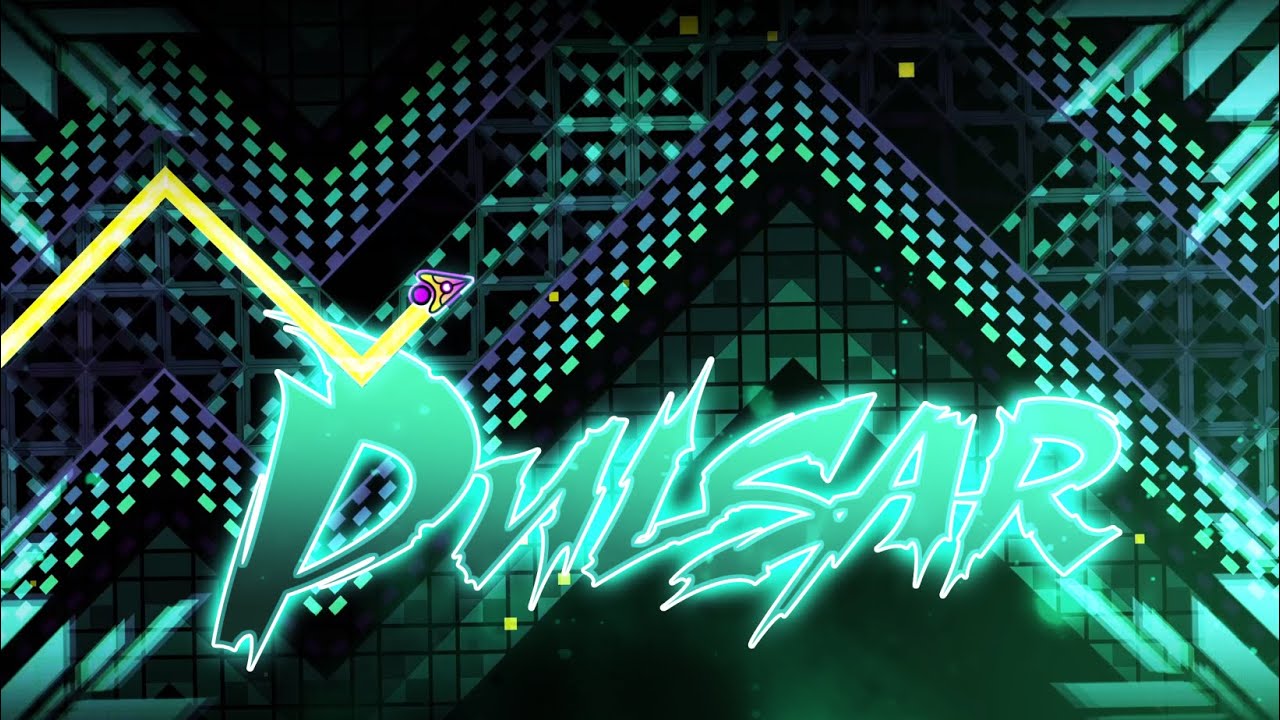 Geometry Dash Pulsar is an Insane Demon collaboration level rated 10 stars, created by Akari and Zhander and verified by Zhander. It is the spiritual sequel to Quasar and a tough recreation of Nine Circles. The level's interpretation of the Nine Circles decorating style is heavily influenced by Sonic Wave Rebirth.

The level begins with a quadruple speed auto portion, which is followed by a timed section. This section seems to be inspired by DanZmeN's aesthetic. The player is subsequently subjected to a ship sequence. Then it proceeds to a spam-based ball part, similar to Sonic Wave. It then switches to another auto area, displaying the Pulsar logo.

Then there's the iconic Nine Circle wave section. The wave informs the player that they must spam, learn several patterns, and that it contains a few fakes. It advances to a cube section with a dash orb and one leap. It eventually gets to the last cube, and all you have to do is wait. The level then ends when it displays a Jolteon image.