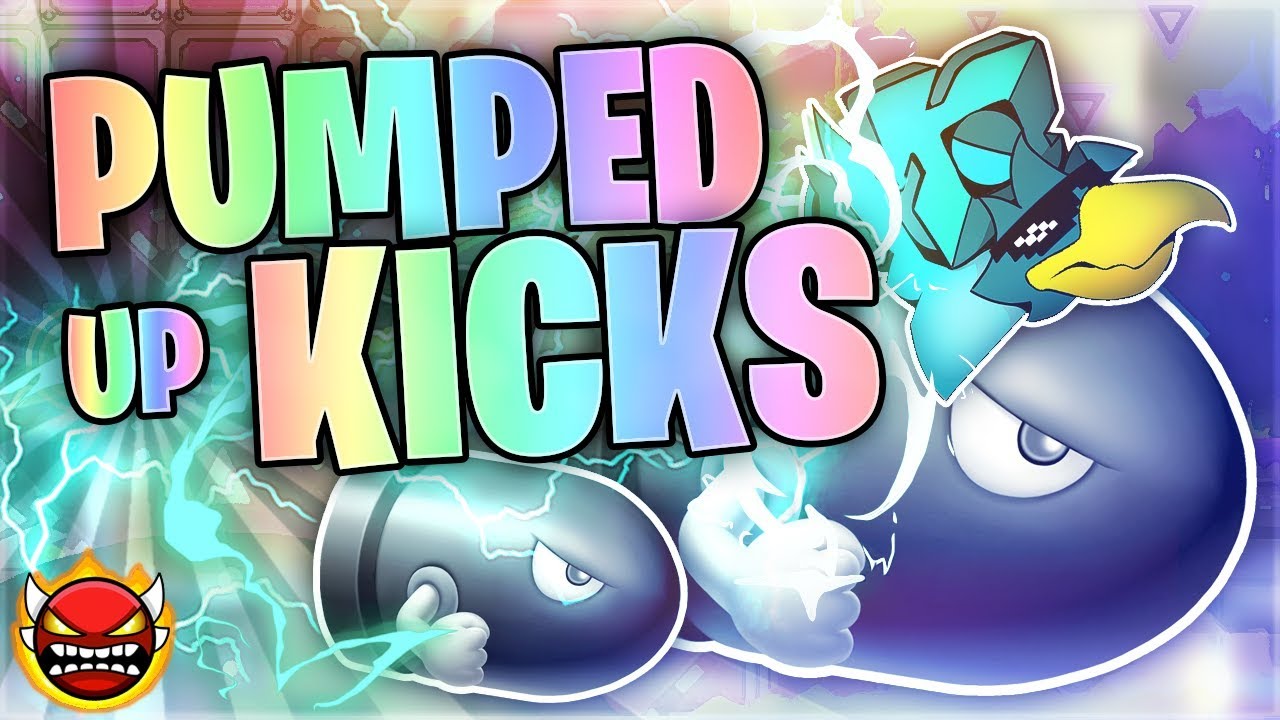 Geometry Dash Pumped Up Kicks is an Extreme Demon mega-collaboration with a rating of 10 stars, hosted and published by Quiken and verified by GuitarHeroStyles. A challenging crossing and the use of other tones in addition to the level define the long-duration level.