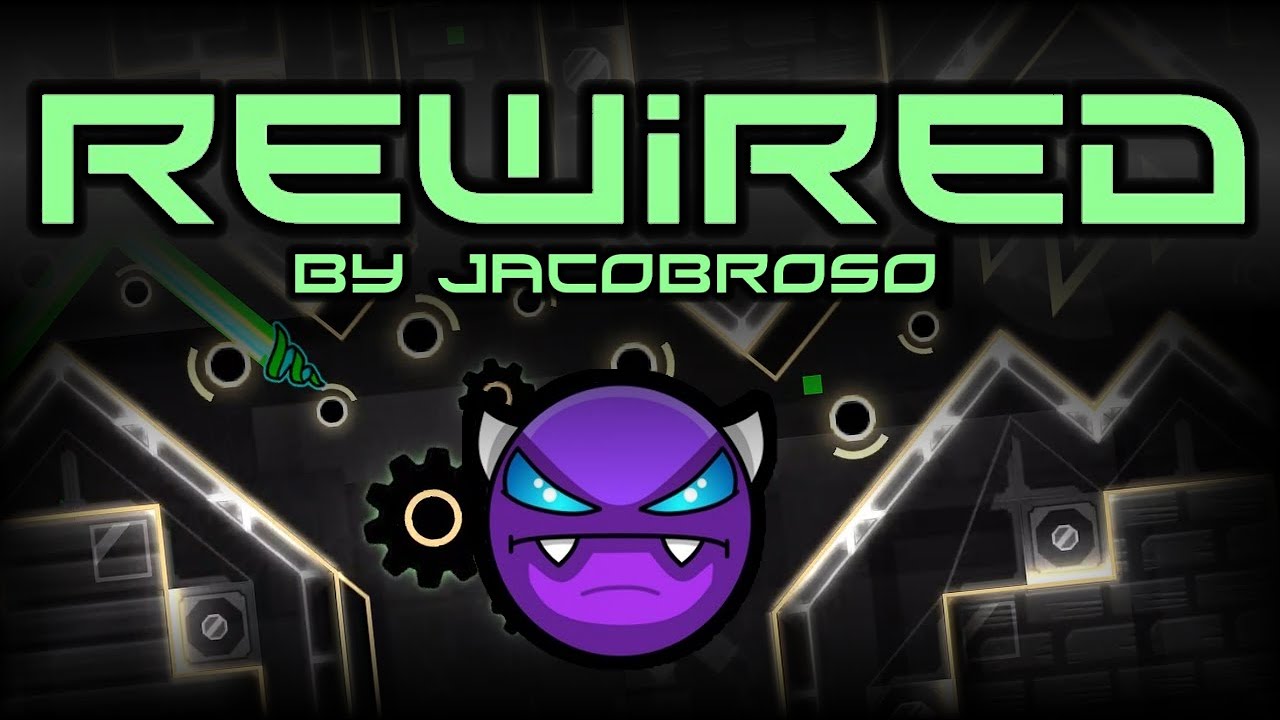 Geometry Dash Rewired is built and released online in version 2.1. The level was noticed by the moderators and received an epic rating. It soon became one of the weekly demons. Completed the level in the basic style, which is typical for 2.1 demons.

The main difficulty here is the drop in the middle of the level. There are also narrow passages between the ship and the waves. Rewired does not have a low detail mode, so it is not recommended for players with weak devices.

The level starts with a rather difficult cube section. There are small timings on the spheres here. Furthermore, a spider with frequent changes in gravity and narrow passages Furthermore, the speed increases, and the character turns into a boat. The stage is not difficult since the passages between the spikes are very wide. The ship is interrupted once by a die. After him, a UFO with changes in gravity Next is a wave with narrow passages at low speed, which ends with the transformation of the character into a robot. The robot and the subsequent stage, namely the cube, involve the use of spheres, as well as bypassing trap spheres. Next is a difficult plane at a slow speed. The stage is difficult due to frequent changes in gravity and narrow passages. Then a ball using spheres, a mini-cube at high speed, a level logo appears and a drop begins.

Ship stages include spiked walkways. UFOs basically only require a couple of easy clicks from the player. On cubes, you need to jump on the platforms so as not to fall on the spikes, you also need to use spheres. On the waves, you will have to face narrow passages. But still, they are not difficult compared to some other stages. Spiders are very difficult, you need to click on them often and on time so as not to crash into any poles or hit the spikes. Balls are simple and do not require special skills from the player. A couple of gravity changes and clicking on the spheres is all that needs to be applied to the balls. The robot meets once, but they are very difficult. You need to press often and very briefly to get through it.