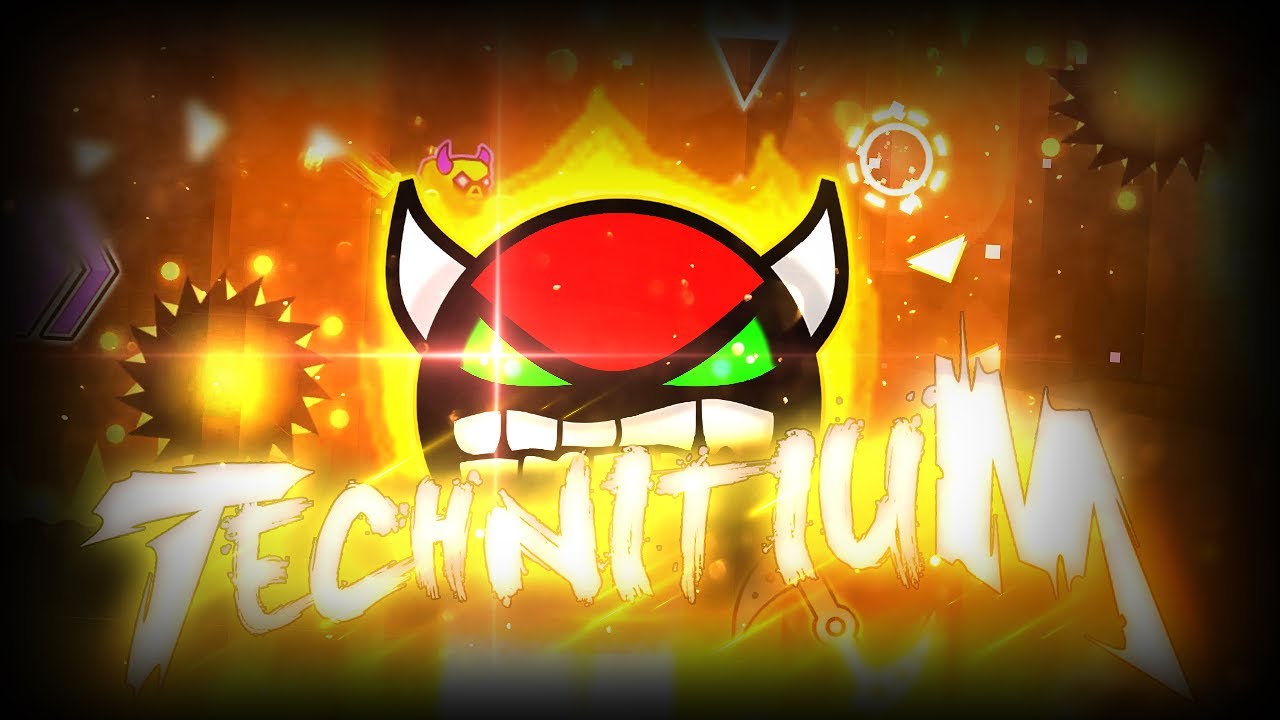 Geometry Dash TechnitiuM by Darwin GD is an epic hard demon level rated 10 stars and 1 user coin. It got this difficulty level because of the complex drop with frequent shape changes, which includes parts of the ship with a change in gravity, mixed bifurcations, and difficult stages of a reduced wave, as well as timings and huge speeds. Its main feature is more in the decor than in the gameplay. The demon does not last long—1 minute and 2 seconds—but this does not make it easier.

As mentioned above, the decor of the level is very good and very memorable. Darwin never ceases to amaze with his talent in construction. The TechnitiuM, therefore, contains a lot of different effects. It is bright and saturated. There are many different triggers, while the level is designed in a basic style. Technology also has excellent synchronization. Therefore, this complex demon is in the hall of fame.

The initial part of the level is the cube stage. It contains a lot of timings, both on spheres and regular spike jumps. There are a lot of decorations, but still, even without LDM on weak devices, the game is unlikely to lag. But then the first drop will begin ...

The main stages here can be called parts of the UFO and the ship, each of which goes with a constant change of gravity at great speed while in rather narrow passages. Once you become a wave in a reduced state, once you become a ball. In general, colors change very often on this drop, but we still should not be distracted by effects.

After the drop, a long stage of the robot with timings will follow. The color scheme does not change: everything around us is done in yellow tones. The phase does not apply to the drop, as it is too long to be part of it.

After that, a new drop will begin with a mixed split: a ball with a cube, a ball with a spider, and just a double cube. All this takes place at great speed and contains false paths, so a part can cause serious difficulties.

Later, a rather long spider stage for a drop will pass. Here you only need to press often, although you can get confused. Then there is a segment of the ship, where, with a change in gravity, you have to fly around the rotating groups of saws. Although the level is made in the basic style, you will notice custom objects and the color scheme is mostly purple.

And finally comes the final drop, and the forms found here are: UFO, ship, and wave. Each will meet twice. Parts of the UFO and the ship, like previous similar stages, will contain a change in gravity and a change in the size of the wave phase, which makes the segments more difficult. Thus, the last stage in the level will be the wave stage. The screen will go dark and a......

The only coin in the level is at 72%, on the ship's part. To collect it, you must sharply press and fly into the narrow passage between the spikes before the screen flashes.