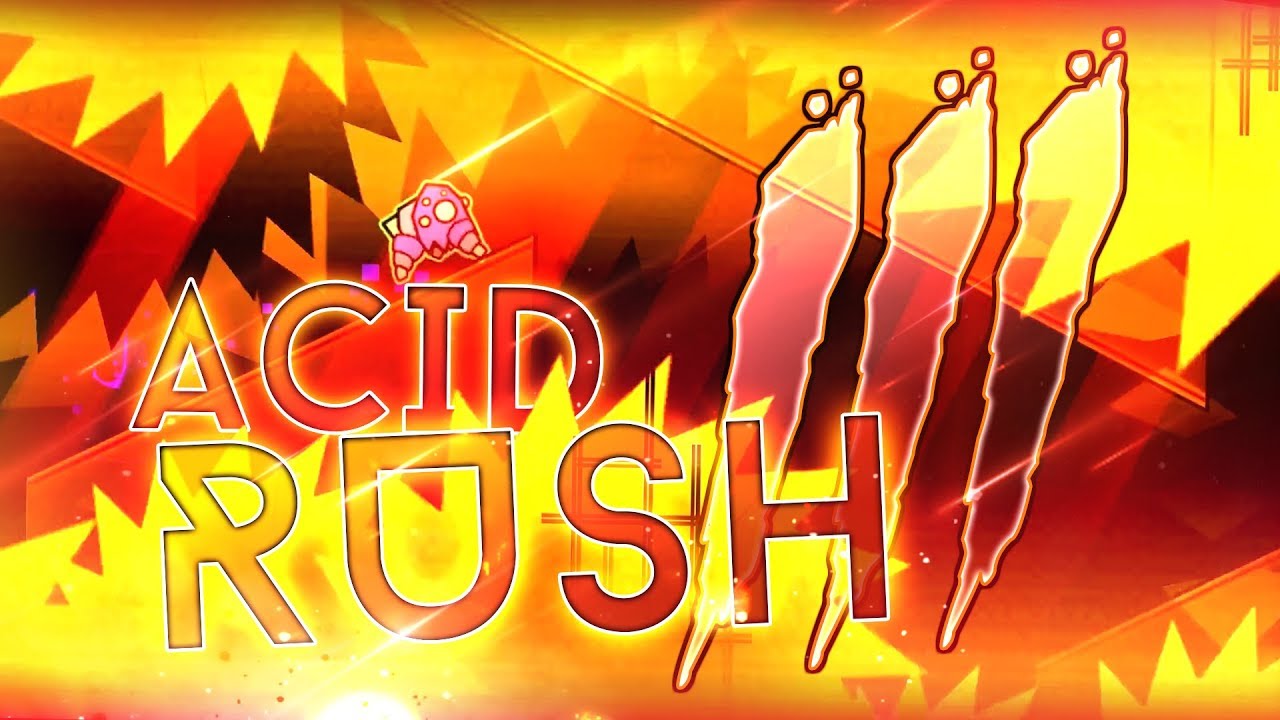 The Hard Demon mega-collaboration called Geometry Dash Acid Rush was hosted by Serponge and validated by Luqualizer on November 24, 2017. The "Acid Rush" series' first level is this one. It has a color scheme of green and yellow, both of which are related to acid.