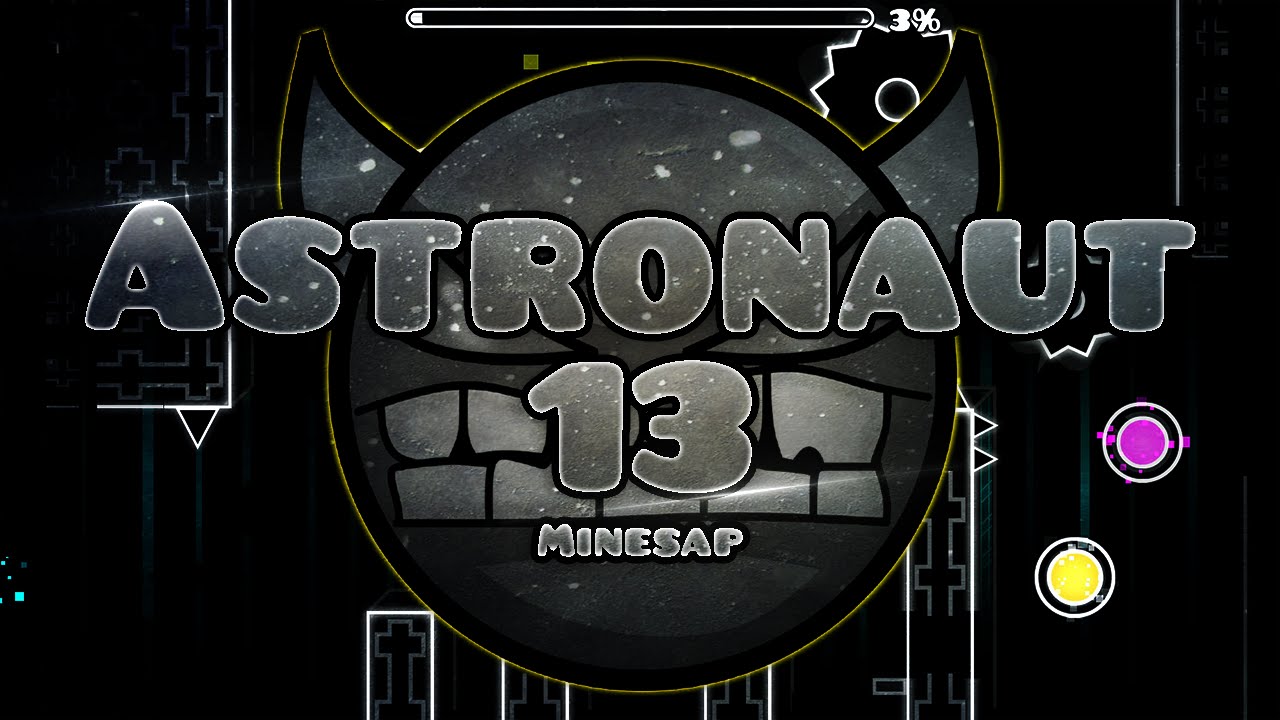 Geometry Dash Astronaut 13 is a solo Hard Demon level rated 10 stars created, verified, and published by Minesap. It's a challenging recreation of Nine Circles. This level's greatest distinguishing characteristic is its continual use of artificial lines and dark colors, making it incredibly difficult to see where the player is going.

The level begins with a rather challenging half-speed cube that rapidly switches to dual, then back to cube, with a few size adjustments in between. After the duel, the player transforms into a somewhat tough spacecraft with confined passages and many gravity portals, as well as size variations. The player returns to a short cube and then to a rather simple ball that may be challenging to manage. The player then returns to an easy cube with just a handful of leaps before entering an auto sector with the notorious Nine Circles wave portion. However, unlike other Nine Circles wave parts, this level employs gravity fluctuations, dark gaps, and a lot of black faux lining to throw the player off, which may stop the player significantly if they can't figure out where they're intended to go. The wave then transitions into a triple-speed mini-cube with a handful of fairly tough leaps before returning to an unusually less epileptic wave that goes double and challenges the player's ability to mash, along with additional phony lines and dark colors. The wave then transforms into a cube with only three hops. Then it enters a challenging duel portion with a wave and a ship. It then quickly transitions into a basic wave, a brief UFO, and a short wave, followed by a triple-speed mini cube with tricky timing and dark colors that make it tough to see. Finally, the level concludes with a triple-speed mini-wave part that takes simply mashing and finishes with the words "GG" and Minesap's name.