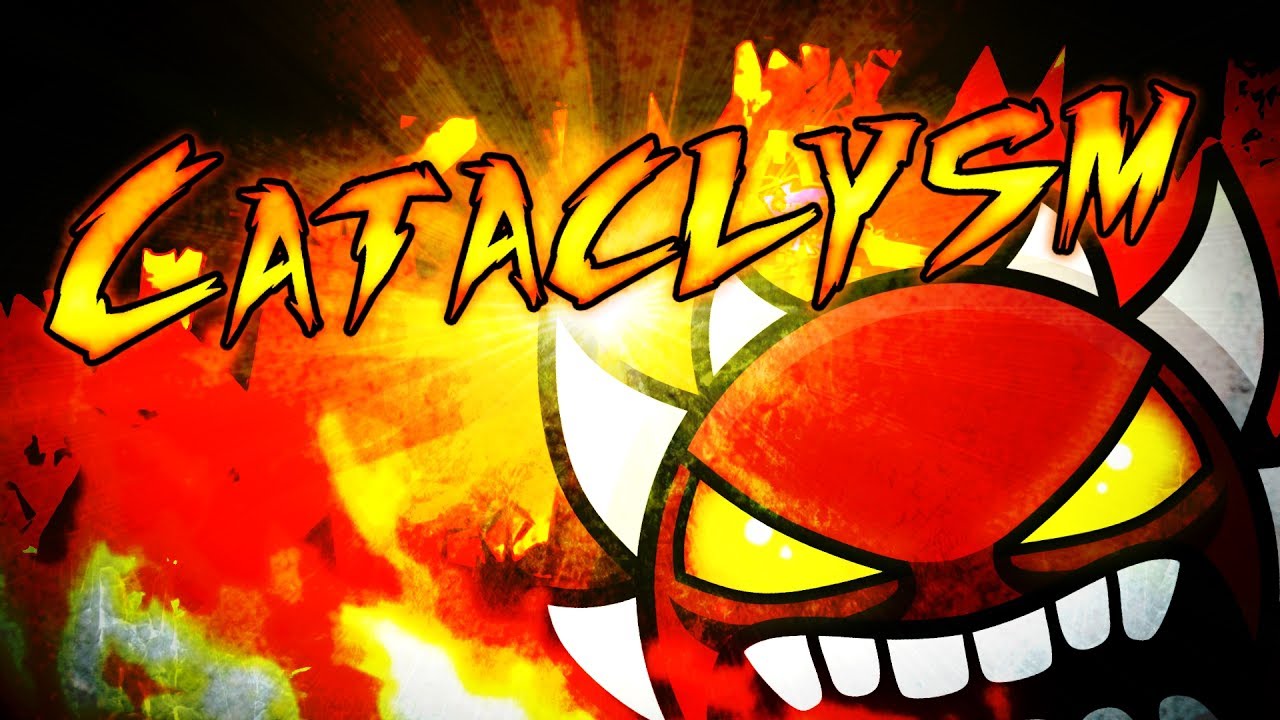 Geometry Dash Cataclysm is an Extreme Demon Level rated 10 stars and 3 user coins that was designed and released on January 3, 2015 by GGB0Y. Riot later updated and properly verified the level. It was featured and quickly became one of the most difficult levels in Geometry Dash, tied with ICE Carbon Diablo X. Cataclysm has a revolutionary tale in the Geometry Dash community. It is the first episode of the Extreme Demons community-designated trilogy, following Bloodbath and aftermath.

This level has three user coins. The first and last ones require considerable timing, but the second one is simple to get with good memory and straight fly.

Riot is the first confirmed player to have conquered Cataclysm multiple times, finishing all three runs in live streams, the final of which was a re-verification of Cataclysm for Ggb0y to update coins into the level.

The players who beat the level before the update are listed in the "hall of fame" at the end. The following players are on this list: Cyclic, Giron David, Sandstorm, Riot, Powerbomb, Creepy Dash, MaxiS9, MrKebab, Smokes, SoulsTRK, Danilkaz, Elite, R3YGA, and Mabby01 are among those that have participated.

Sandstorm is the second player to complete the revised version of Cataclysm, earning all three coins. Kins0, Quasar, Brandon Larkin, and Surv came after him.

LazerBlitz has created a redecorated and redone version of Old Cataclysm called Quest For Perfection. It has a blue and black color design and replaces Cataclysm's last wave with a challenging mixed dual. However, the majority of the level's other portions have been integrated. Cataclysm is slightly easier than Quest For Perfection.

With almost 1,000 victories, Cataclysm is presently the most vanquished Demon on the Demonlist.