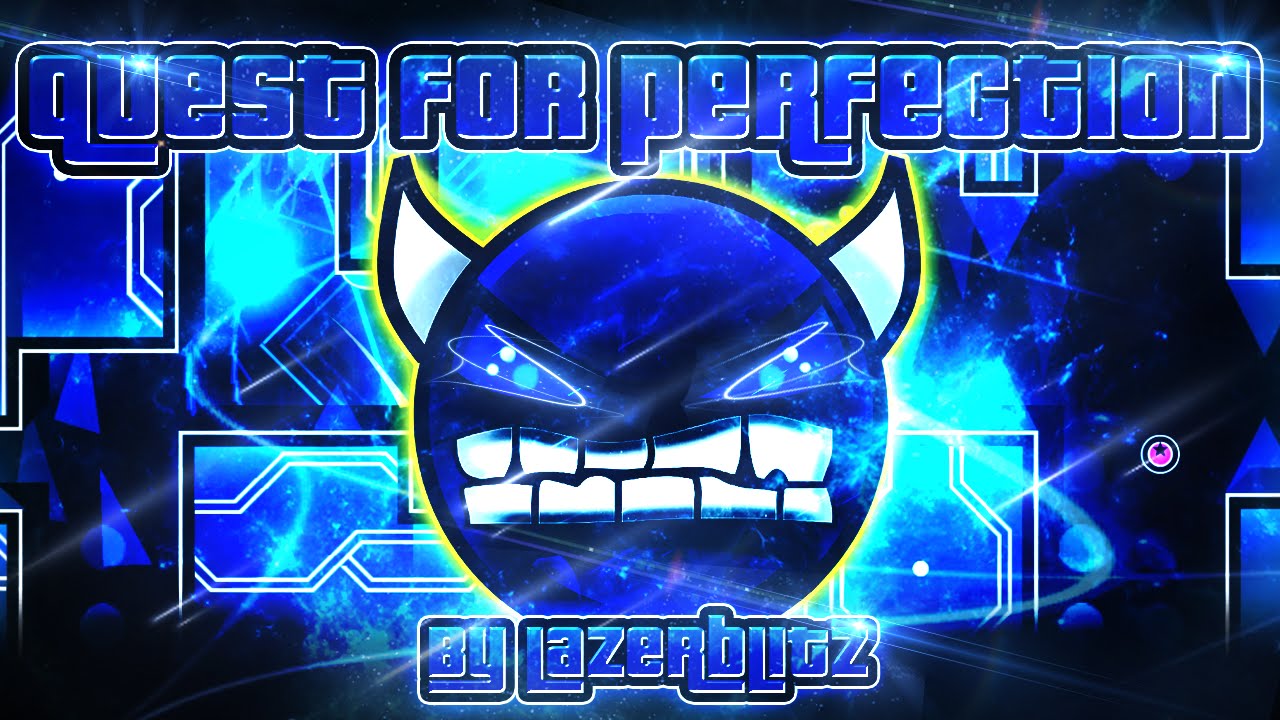 Geometry Dash Quest For Perfection is an Insane Demon level rated 10 stars that was produced, published, and confirmed by LazerBlitz. It's a nerfed version of Cataclysm. This level was once an Extreme Demon, however some say it is now too simple to be an Extreme Demon. It is presently on the Geometry Dash Demonlist's Legacy List.

It is vital to note that while this is a recreation of ancient Cataclysm, the portions will be greatly influenced by those utilized in that level, but somewhat nerfed. As a result, just the updated portions will be shown here.

The first change is at 39% flying. Instead of two independent straight flying sections, it has been altered into a much simpler flying section in which the player must strike two orbs, one green and one blue, to miss two sets of spikes before one straight fly follows.

One tiny alteration has been made at the lengthy 63% flying stretch, where the mirror portal discovered before has been eliminated.

The most significant shift in the level occurs at the very end, as the whole sluggish wave is replaced with an explosive dual portion. It begins as Sh/C, where the spacecraft must fly between a series of spikes while the cube leaps along. The ship then transforms into a wave for a few more timing-based clicks. It then proceeds to a dual cube with a single leap into a ball portal, which also takes just a single click. The cube will be utterly unimportant in the following dual as the UFO conducts the work to reach to the halfway point of the dual, which is represented by a single wave going forward.

The second half starts with a twin tiny cube maze similar to Erebus (but much simpler) in which the player must learn where to land and leap with each of the cubes. After this labyrinth, the ship will be led higher into a green jump sphere, followed by a solo straight flight divided up into two halves through a teleportation portal. If finished, the level concludes with a logo stating "Lazer" and "Verified by MaxiS9."