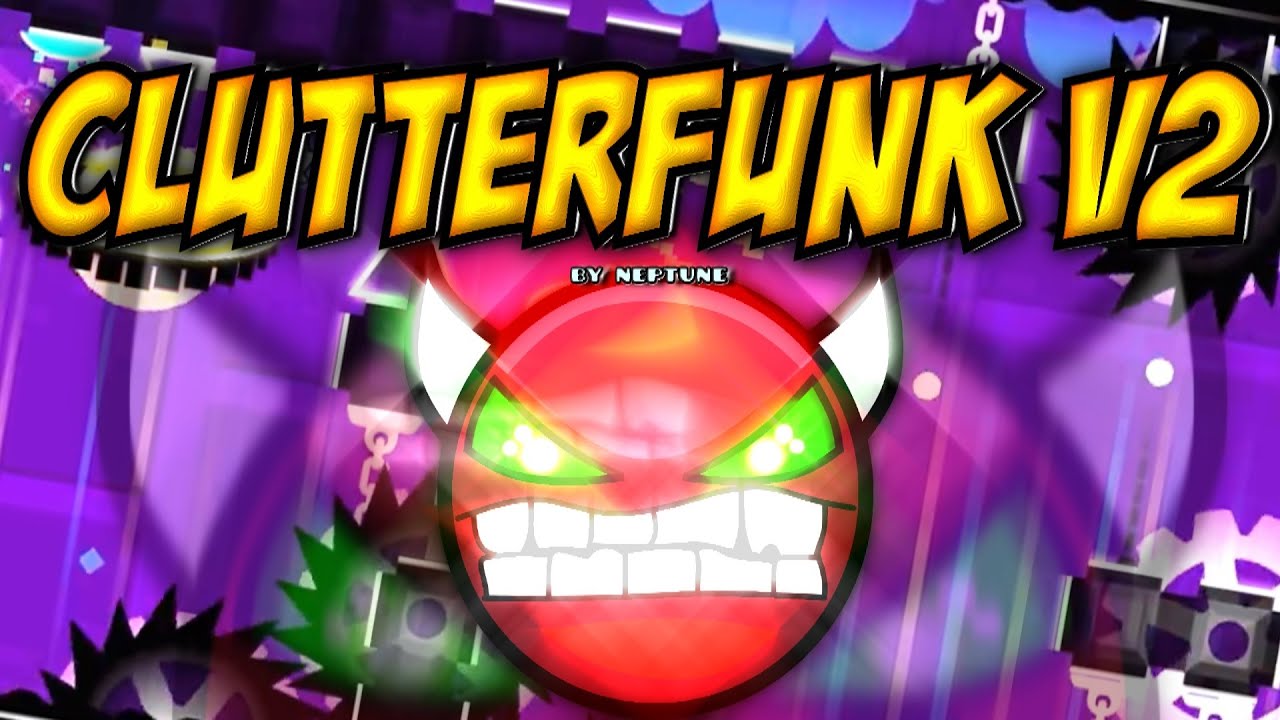 Geometry Dash Clutterfunk by Neptune is an easy demon level rated 10 stars. The saw-blade danger is introduced by Clutterfunk. It also adds the size portal and includes portions under its effects for all forms, as well as a number of small-scale items, significantly enhancing gameplay variation. Because of the tiny size and intensive usage of pads and rings, as well as the frequent fluctuation of gravity, the cube sequences get increasingly more challenging, demanding quick response and accurate timing. The ship scenes are significantly smaller. The single ball sequence is more intense, with more rings and gravity portals used.

The first hidden coin may be found at 31% and is collected as the ship. Fly carefully over the fourth and fifth barriers by the ceiling after going under the first obstacle to grab the coin.

The second hidden coin may be found at 65% and is collected as the ship. After the ship has returned to normal size and passed through the second gravity portal, fly over a saw-blade and through a crack in the column to grab the coin. Fly over another saw-blade to get to the fourth gravity portal, which won't do anything because you already went through the third one.

The third hidden coin is found at 86% and is gathered as a cube. After going through the initial three-step structure and reaching the jump pad, hit the first two jump rings, the jump pad, and the third jump ring before falling to line platforms separated by saw-blades. Jump constantly to grab the coin at the second line platform, then instantly hit the gravity ring after leaping from the third line platform to return to a jump pad along the main route.