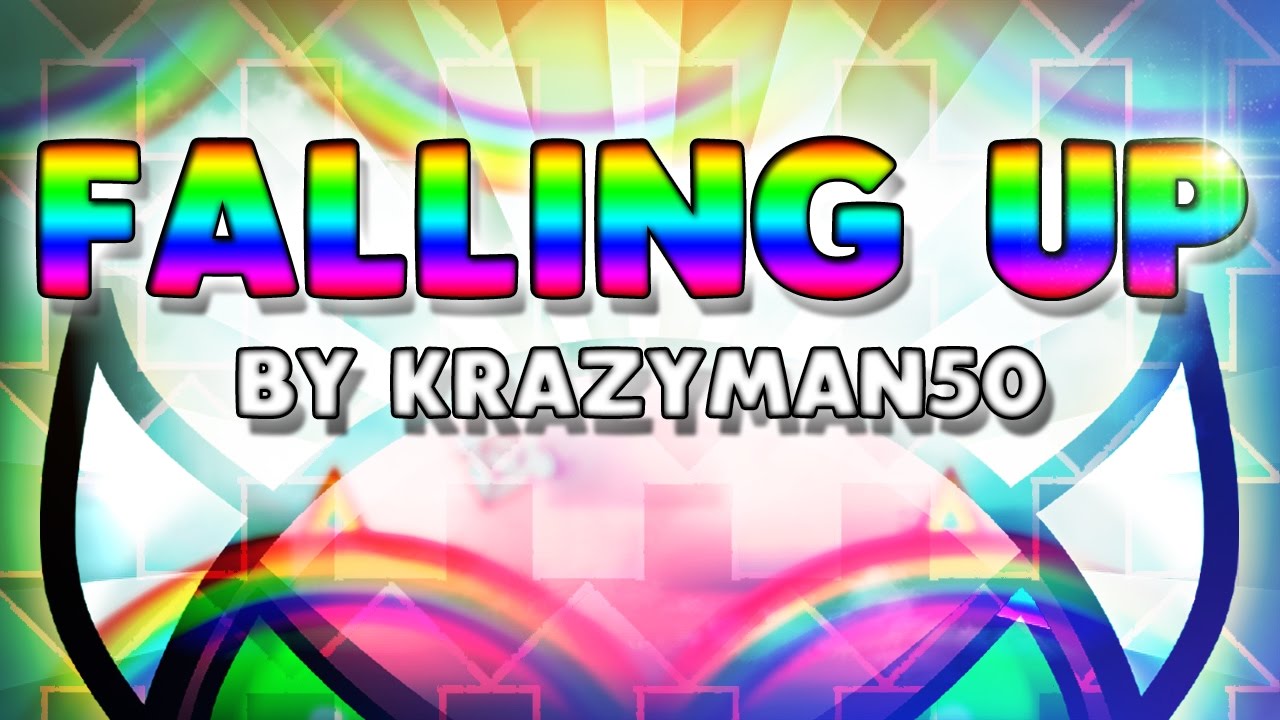 A few segments may contain a motif related to the earth. The level's first segment is a simple but accurate cube segment. It features sliding triple spikes and gravity controls. The cube moves on to a section that has a city motif.

The first drop is a dark segment with limited visibility. A few simple jumps are necessary to prevent crashes. The player should then touch the orbs more quickly as the cube falls, causing them to jitter-click briefly at triple speed. Similar to the wave segments and the ship, the next waves are more annoying and difficult.

Necropolis was moved into the Legacy List as a result of this addition to the Demonlist.

The initial drop includes a backdrop with tessellated arrows pointing up in keeping with the level's name, which refers to "falling up." The player begins on the earth, surrounded by city structures, and eventually soars towards the skies.

An advertisement for Update 2.1 that reads "2.1 shortly..." may be seen in the city section.

Only this level in KrmaL is devoid of a ball section.

The initial version of this level was jerky for many players, and KrmaL had to repair it in an unintentionally sneaky manner, so he had to validate it again.

At 73%, there is a bug that allows the player to proceed normally while avoiding nearly half of the jump rings before the wave that leads into the final dual part. If the player hits the first yellow jump ring high enough, they will slide on the slope connecting to one of the spikes and land on the yellow jump ring that just follows the blue gravity portal.

Time Leaper, the music it features, and its composer, Hinkik, have both gained popularity as a result of this level.

The comments in the "Time Leaper" video were nearly all "KrmaL" and "Falling Up" elements, which infuriated Hinkik since the popularity of the song was mostly for the level.

To avoid repeating what occurred with Hinkik with Creo, KrmaL most likely banned any players who knew the song's name in Black Blizzard.

At the conclusion of the city section, there is a little Easter Egg. "Falling Up" phrase will be changed to a "LOL" message if the player enters the last gravity portal too late, causing it to fall through the building's ceiling and teleport to the next area.

Its level of difficulty has often changed between Extreme Demon and Insane Demon.