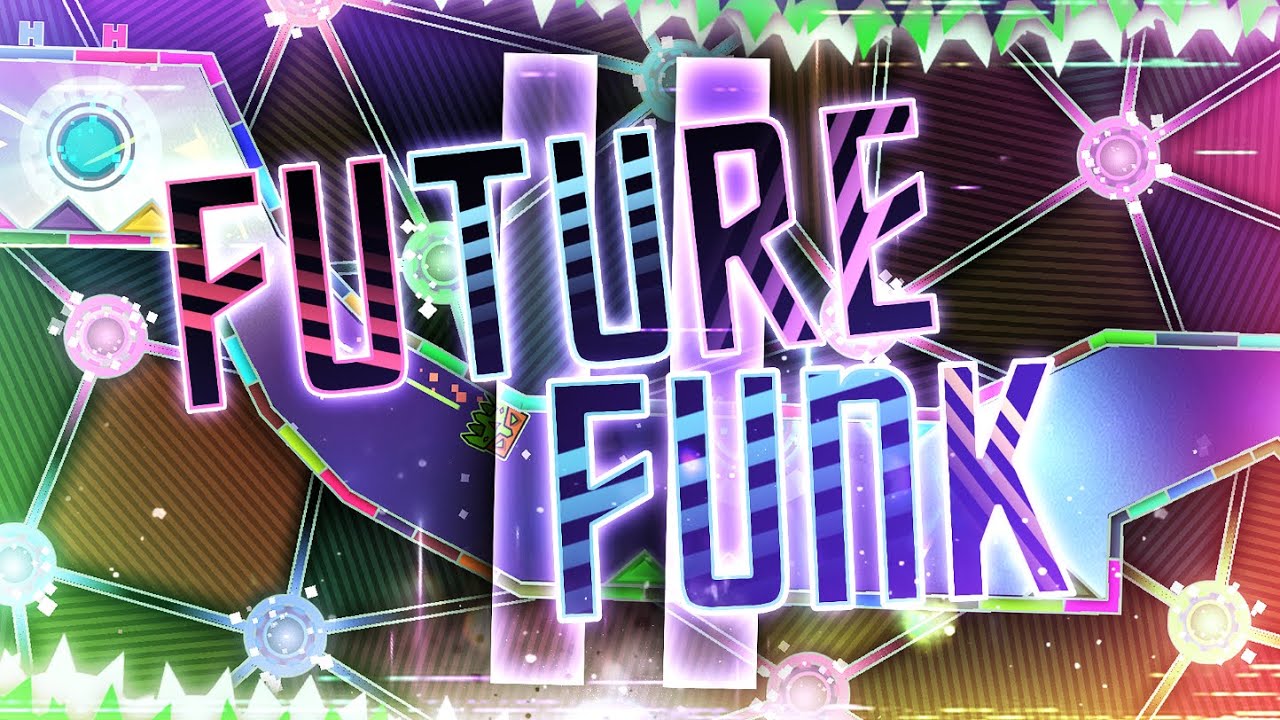 Geometry Dash Future Funk a Hard Demon rated 10 stars, created by JonathanGD and verified by mbed. Future Funk inspired by the main level Clutterfunk as well as High Life. It is well renowned for its distinct design, distinct tune, and XL duration of four minutes and twenty seconds. Because of its popularity, a sequel, Future Funk II, was produced.

Next, you will see a robot section, a cube and a ship section. The next section features a symmetrical double, which includes two dual waves and dual unidentified objects. The music slows down after a lengthy spider segment that includes some fakes. This level then transitions to a mini-cube with unique decorations. The music increases and the player is greeted with a UFO-like segment with many moving objects. This section also has a dual but it is more difficult and asymmetrical. It includes a dual cube and cube-ball, a ship and ball dual, and a segment with a robot-ball and robot-ball.

The music slows down and the player moves into a half speed cube segment with objects that move to the beat. Next, a cube section with different speeds and lots jump orbs will be followed by a quick-paced mini-ball. The next segment is a normal-speed mini cube. The next section is completely in double-speed. It includes a robot, UFO, short mini-cubes, a small mini-ball, and a spider section. As a background effect, the last section displays the year 2018. There is a mini-ship section, a robot section and cube sections with tricky wave sections. Three pink jump orbs end the level. All of these require timing. The player will crash at 99% if they hit the jump orbs too soon.