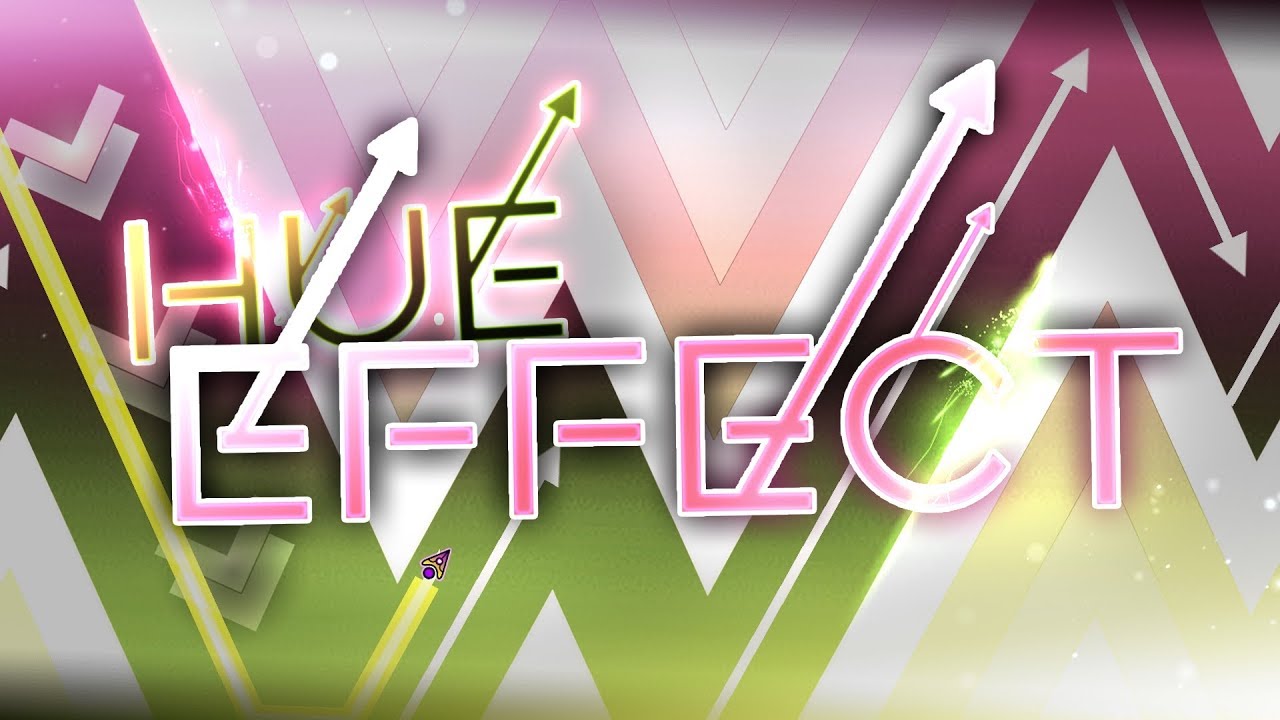 Geometry Dash Hue Effect created by Zoroa GD and more is an Easy Demon level rated 10 stars, is a remake of the Butterfly Effect level in a spectacular style.

Hue Effect is a Nine Circles level, some parts of which are similar in design to Divine Circles, Pulsar, and Despacito Circles. However, even considering this, it looks quite interesting, as the wave stages here are different from many familiar demons of this style.

The gameplay almost completely copies the Butterfly Effect, which greatly simplifies its passage if you already have the original behind you. However, problems can arise in the UFO stage, which is between the waves (61-79%), but even that is easy to remember if you practice it a little.

Among the levels of its complexity, it is not particularly famous since it was released to the network quite recently, but was noticed by the senior moderator of Viprin.