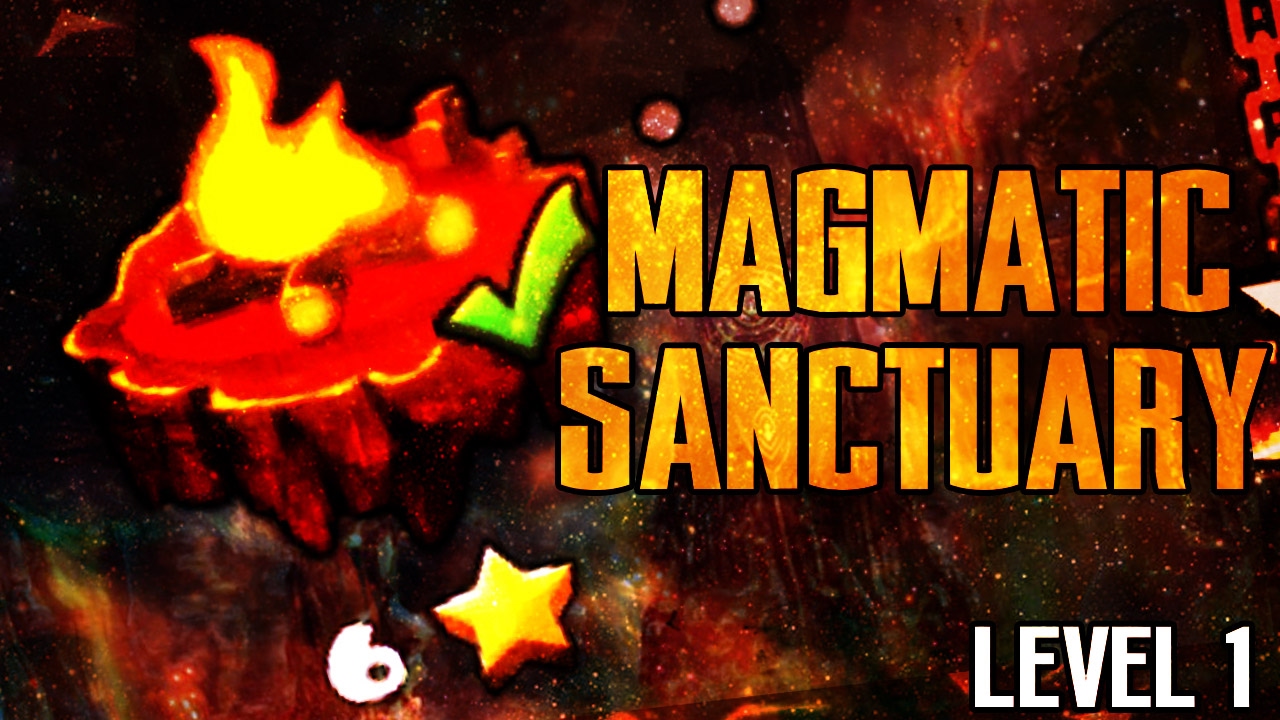 Geometry Dash Magmatic Sanctuary is a harder level rated 6 stars and 3 user coins created by RadiationV2. It is the fifth and final level in the Fire Gauntlet series. The drop's speed portal part has been called out for being extremely tough and unreliable, despite the level's notoriety for its stunning fire effects and engaging boss battle.

On each of the three levels, the player may find a user coin:

Each level of the Fire Gauntlet unlocks a new set:

Completion of the gauntlet rewards: