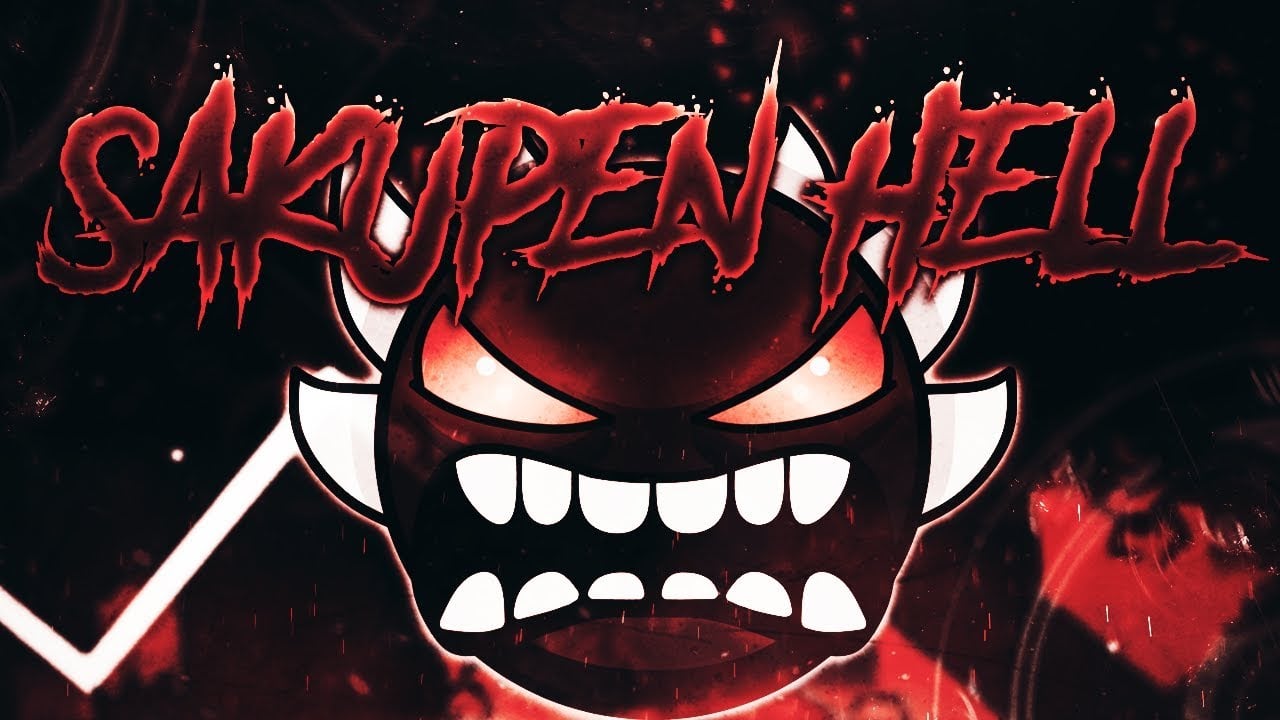 Geometry Dash Sakupen Hell is an Extreme Demon rated 10 stars that Noobas designed and modified. TrusTa, an incredibly competent player, re-verified Sakupen Hell legally on his Twitch live on August 14, 2016. Cataclysm is most likely the inspiration for the level's design. It was formerly thought to be one of the most difficult levels, rivaling Bloodbath.

Noobas decided to build Sakupen Hell, a new Extreme Demon, in order to challenge Cataclysm and ICE Carbon Diablo X for the title of toughest Demon (at the time). Noobas redecorated the level in Update 2.0, adding a very difficult twin wave part to replace the last straight fly mini-ship phase. The level was later erased when Noobas sought to reinvent himself as a respectable player.

Riot attempted the level at first but subsequently backed out, declaring his departure. Later, JakeSJ (then known as Furry Dash) attempted, but he didn't make much progress either. TrusTa was the first to make considerable progress and resurrect the level's popularity after ultimately validating and posting it on August 14, 2016, after 22,199 tries, but with a minor nerf to the first mini-wave part (making it slightly spacious).

The song is a remix of a song called "Hell Yes" by an artist named Sakupen, in which the original artist declared a remix competition for his song.

This level has a Medium Demon remake with the amusing name Sakupen Egg.

After Zylenox finished it on December 12, 2017, this was the toughest Demon defeated with a gamepad.

Sakupen Hell is the game's 21st former number one. Sakupen Hell and Dimensional Breaking were both pushed into the Demonlist's Legacy List by the placement of OPSM1 and I Hate You on May 7, 2021.